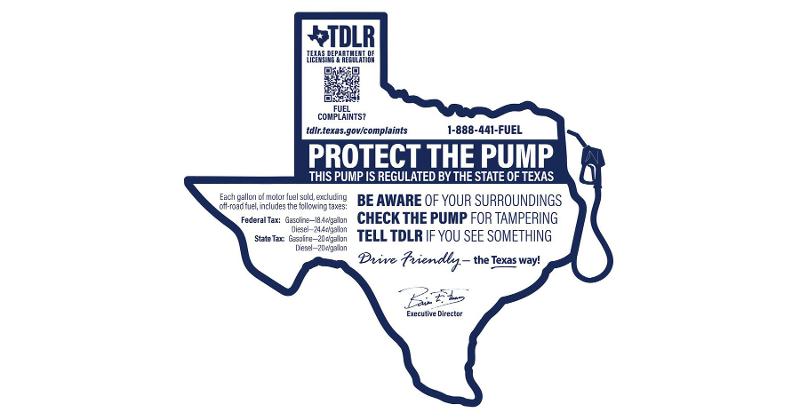 AUSTIN, Texas — Fuel retailers in Texas are adding new labels to their pumps as a different state department takes over weight and measures regulation—and takes aim at credit card skimming.

The new labels, which are in the shape of Texas, are meant to announce the new regulator and share contact information so consumers can report any signs of tampering at the pump. The labels include a QR code and 888 number, as well as details on federal and state fuel taxes. Fuel retailers must have the Texas fuel pump consumer stickers applied by September 2020, a TLDR spokesperson told CBS Austin.

Since September 2019, TLDR has opened 315 fuel-related cases dealing with quality or skimming and closed 121 cases, according to the news outlet.

The new law on the regulator switch was passed at the same as another new state law, House Bill (HB) 2945, which mandates that the information relating to gas station skimmers is confidential and not subject to disclosure. Previously, the TDA would publicly release the locations of where authorities had found skimmers. Retailers criticized the practice because it could lead to a loss of business for weeks or months after the announcements.