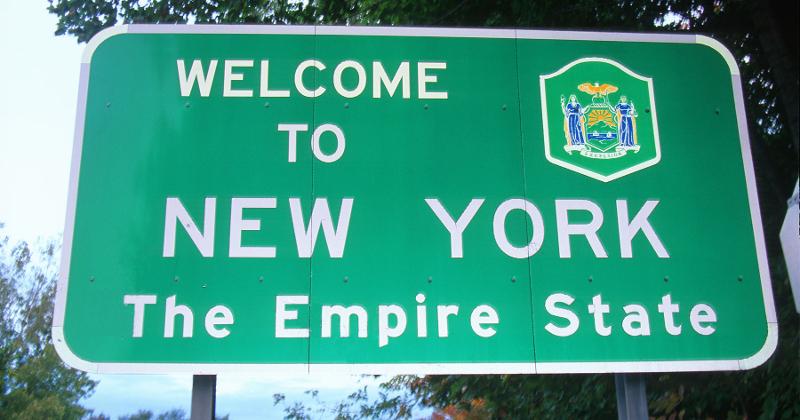 ALBANY, N.Y. — New York has become the latest state to legalize the sale of E15.

On Nov. 20, the New York Department of Agriculture and Markets finalized a rule that enables sales of the 15% ethanol/85% gasoline fuel blend. The state had made a previous, failed attempt to legalize E15 in 2016.

“New York has been a pioneer in the climate movement, and their adoption of E15 is consistent with their commitment to a low-carbon transportation future. If New York transitioned from E10 to E15, it would lower carbon emissions by 748,000 tons per year, which is the equivalent of removing approximately 129,400 vehicles from New York’s roads,” she said.

“Today’s announcement is great news for New York drivers and great news for America’s ethanol producers,” said Geoff Cooper, president and CEO of the Renewable Fuels Association, Washington, D.C. “Consumers in the Empire State can now enjoy the economic and environmental benefits of E15, and the opening of the state’s fuel market represents a growth opportunity for our industry at a time when new demand opportunities are sorely needed.”

The ethanol industry has been pressured as the U.S. Environmental Protection Agency (EPA) under the Trump administration has provided dozens of waivers that exempt small refineries from biofuel blending obligations under the Renewable Fuel Standard. To address ethanol and farm-state concerns, the Trump administration fast-tracked year-round sales of E15. In late May, the EPA finalized rulemaking that provided E15 with a waiver of seasonal Reid vapor pressure regulations that had prevented its sale during the summer in most U.S. markets.

Summer 2019 sales of E15 were 46% higher than in summer 2018 on a per-store basis, according to Growth Energy’s analysis of figures provided by retailers who participate in the Prime the Pump initiative. Fuel retailers added the ethanol blend to 149 more sites this past summer. In October, American drivers topped 11 billion miles traveled on E15.

While state regulators opened the door to E15 in the long-awaited rule, they also proposed an amendment that would prohibit the sale of blends greater than 15% and lower than 51% ethanol by volume. This would shut the door on E25 and E30, which have growth potential as automakers increasingly introduce vehicles that require higher-octane gasoline.

“The department feels that allowing an unlimited number of blends may cause an undue disruption in the marketplace and wants to ensure that consumers have time to become accustomed to E15 and that the industry has time to research proper infrastructure for E15,” the rule stated. It instead proposes a “gradual introduction” of higher-ethanol blends.

While pleased with the E15 rule, the American Coalition for Ethanol (ACE), Sioux Falls, S.D., said the proposed prohibition of midlevel blend sales was problematic.

“We are disappointed New York appears to be following the footsteps of the Environmental Protection Agency in trying to restrict consumer access to midlevel ethanol blends,” said Brian Jennings, CEO of ACE, in a statement. “With nearly 1 million flexible-fuel vehicles on New York roads and approximately 100 stations equipped to offer midlevel blends along with E85, we are concerned the prohibition on blends between 16% and 50% ethanol by volume will take options away from retailers and consumers who could benefit from midlevel blends.”

In the rule, the department said it intends to “closely monitor the marketplace and will consider, at some future point, allowing additional blends if the marketplace adapts well to the introduction of E15.”

Year-Round Sales to Give E15 an Incremental Boost