TRENTON, N.J. -- The Chris Christie administration announced on Aug. 18 that the Federal Emergency Management Agency (FEMA) has approved the state of New Jersey's request for more than $2.5 million to purchase 52 portable generators. State emergency responders can deploy the generators during major power outages to critical assets such as shelters, hospitals, public safety facilities and gas stations located along key thoroughfares. 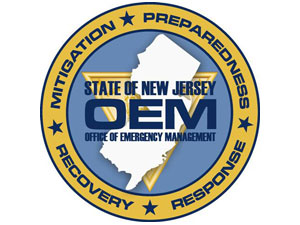 The New Jersey Office of Emergency Management (NJOEM) will store the generators at three strategic locations in the northern, central and southern parts of the State. NJOEM will deploy the generators based on criteria including nature of the emergency and the threat of loss of life or injury to the public.

"As we learned during Superstorm Sandy, reliable access to backup power when the electric grid fails is crucial to ensuring a swift and effective emergency response," said Colonel Rick Fuentes, superintendent of the New Jersey State Police and state director of emergency management. "By establishing a cache of strategically located portable generators, state emergency management officials are taking an important step in making New Jersey more resilient when faced with future disasters."

"New Jersey's Retail Fuel Station Energy Resiliency Program currently offers two kinds of grants to qualifying gasoline stations (based on station location and underground fuel storage capacity)," said Sal Risalvato, executive director of the New Jersey Gasoline, Convenience Store & Automotive Association (NJGCA). "Up to $65,000 for the installation of a permanent back-up generator or up to $15,000 to install quick connect technology, which will allow the station owner to hook up a portable emergency generator, exactly like the ones that the State has just purchased."

He added, "Absent the state pool of generators being made available to grant recipients, a station owner's only option is to make arrangements with a private generator company to have a generator arrive on-site during an emergency, when the demand for generators is at chaotic levels. Now, there is another option. If a station owner chooses to install quick connect technology with a hookup compatible with the generators being purchased by the state, then the station owner can arrange for the delivery of a backup generator when an emergency occurs, thereby circumventing the chaotic rental market, and guaranteeing that a generator will be on site."

Risalvato concluded, "The state has been diligently working to create a program that would eliminate the long gas lines that we experienced during Superstorm Sandy. This includes backup generators at gas stations, as well as efforts to make New Jersey's fuel supply and distribution systems more resilient, ensuring a more reliable source of fuel when needed. This purchase of 52 portable emergency generators is just the most recent example of the state's commitment to finding the best solution to ensure that New Jersey motorists can fill up with gas in an emergency."

Port in a Storm