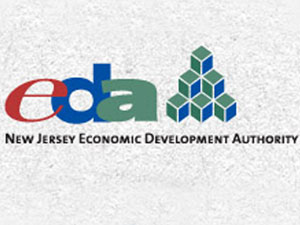 The voluntary program is funded through the federal Hazard Mitigation Grant Program.

"Many stations have begun implementing backup power solutions funded by the RFS program, and still more are in the pipeline," said EDA CEO Michele Brown. "We are now able to offer this invaluable resource to many more stations across the state, making better access to fuel in emergency situations a reality for first responders, critical staff and all residents."

To date, 62 stations have completed required environmental and design reviews and can now move forward with plans to install backup power solutions using grants provided through the RFS Program. Of the 62 approvals, 42 will install permanent generators, while 20 will rely on "quick-connect" devices, which provide connection points for mobile generators. Grants for the approved stations total more than $3 million. An additional 86 applications for $1.59 million are pending EDA review. Collectively, these approvals are anticipated to total $4.62 million, which leaves approximately $2.38 million in funding available for the next round of applications.

The stations approved under the RFS Program are in addition to the 22 gas stations located on the Garden State Parkway, the New Jersey Turnpike and the Atlantic City Expressway already equipped with backup power for outages.

In addition to the RFS Program, the State also acquired and will maintain a strategic cache of emergency generators that can be deployed through state emergency responders during a major power outage to critical assets such as shelters, hospitals, public safety facilities and gas stations. The generator cache will be stored by the New Jersey Department of Transportation at strategically located facilities to help cover north, central and south response needs.

Applications for the new round of funding must be submitted by March 31, 2015, to allow ample time for review, approval and funding by the August 2016 deadline for distribution of program funds. Priority will be provided to stations located at or near a bridge or tunnel and those stations that fuel county emergency vehicles.

"This voluntary program accomplished many of the things that NJGCA had been fighting for in the year after Hurricane Sandy, and we were thrilled to partner with the Economic Development Authority (EDA) in promoting the program," said Sal Risalvato, executive director of the New Jersey Gasoline, Convenience, Automotive Association (NJGCA).

"During the initial application period, we were contacted by many stations who did not fit the requirements of the program," Risalvato said. "These were stations located outside the quarter-mile buffer zone from the qualified roadways and identified evacuation routes, or stations that had less than 30,000 gallons of underground fuel storage capacity. After all of the applications were processed, and it became clear that there was still a substantial amount of money left, we began to engage in discussions with the EDA about possibly expanding the program to allow more stations to be eligible," he said.