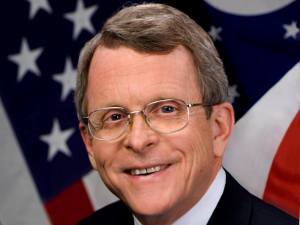 The state alleges that BP knowingly "double dipped"--taking money both from the Petroleum Board and from insurers--to cover the cost of correcting accidental leaks from USTs at hundreds of BP gas stations throughout Ohio.

In Ohio, the Petroleum Board administers a fund called the Petroleum Financial Assurance Fund to ensure that accidental leaks from USTs can be cleaned up. Money for the fund comes from fees paid by the UST owners, such as gas station owners.

The fund is considered a financial resource of last resort, and UST owners can only accept money from the fund if they do not have coverage or accept money from any other sources, such as their insurance companies.

According to the state's lawsuit, BP wrongfully obtained million in reimbursements from the fund after submitting its applications to the Petroleum Board, claiming it had no insurance for the leaks when it actually had layers of insurance and often accepted insurance money for the same releases.

"Our lawsuit alleges that BP knowingly and intentionally took more than $33 million that it was not eligible to accept," DeWine said. "BP has to follow the same rules as other businesses, and can't engage in misconduct without consequence."

An additional 905 claim applications with a value of approximately $22,281,926.28 are pending review and settlement.

"BP acted at all times in good faith and believes its dealings with the Ohio state underground storage tank fund have been proper," company spokesperson Scott Dean told CSP Daily News. "BP plans to defend itself against the allegations in the complaint."

In the lawsuit, the state seeks a judgment against BP, restitution and disgorgement of money disbursed to BP from the Petroleum Financial Assurance Fund, and damages.