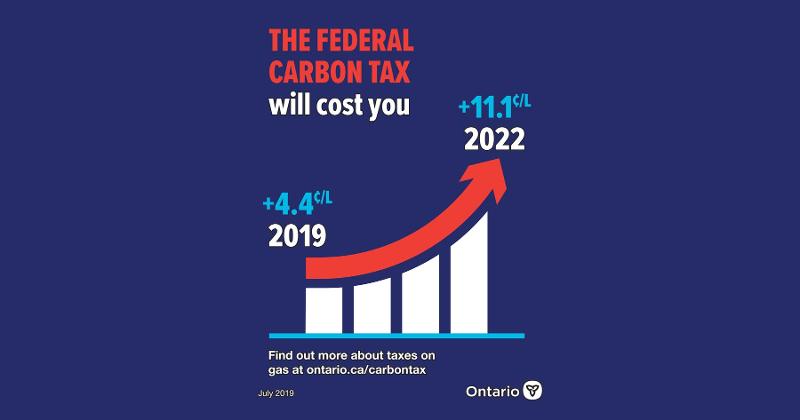 In January, the federal government began levying a carbon tax of $20 per ton on greenhouse gas emissions. The tax will rise by $10 per year to reach $50 per ton by 2022, CBC reported. The federal carbon tax is levied only on provinces that do not have their own programs, whether a carbon tax, cap and trade or other system, that meet certain standards.

When Ontario Premier Doug Ford was elected in 2018, his Progressive Conservative government moved to end the province’s cap-and-trade program, which had been enacted in 2017 under the previous Liberal administration. Ontario also exited a carbon trading market in 2018 that it had formed with Quebec and California.

The province instead submitted its own environment plan to the federal government that would impose an industrial performance standard to control pollution growth, rather than act as a cap on emissions. It also announced it would adopt E15, the 15% ethanol blend, as its provincial standard by 2025.

Meanwhile, Ontario sued to challenge the constitutionality of the carbon tax. In June, an appeals court in Ontario ruled against the province, which is now appealing it to the Supreme Court of Canada, CBC reported. Manitoba, Saskatchewan and New Brunswick, which are all led by conservative governments, have also fought enacting their own carbon tax and are now subject to the federal tax. Six other provinces are not subject to the federal tax because they have enacted their own carbon tax or cap-and-trade system.

As it continues its fight against the federal tax in court, Ontario has passed The Federal Carbon Tax Transparency Act, also known as the “Sticker Act,” which requires fuel retailers in Ontario to display labels provided by the province’s Minister of Energy at each gas pump that estimate how much the federal government’s carbon tax will cost consumers. According to the label, the federal carbon tax will add 4.4 cents per liter to the cost of fuel in 2019 and rise to 11.1 cents per liter by 2022.

Retailers that do not comply with the Sticker Act, which took effect Aug. 30, could face a fine of $5,000 per day for the first offense and $10,000 per day for additional offenses, CBC reported. The Ontario government has said it will only issue warnings for initial offenses for now.

The legislation has already triggered a lawsuit from the Canadian Civil Liberties Association, which charges that the Sticker Act violates free speech.

"The sticker imposed by the Sticker Act constitutes compelled political speech," the lawsuit states. "Under threat of significant fines, it legislatively requires gas station owners to express the [government's] position." In its filing, the group said it was not able to find a gas station owner to participate in the lawsuit despite its "diligent attempts."

The Ontario Chamber of Commerce has spoken out against the label requirement, citing the “political nature of the stickers” and positioning it as a violation of the gas station operators’ rights and freedoms, according to an April letter sent to the Ontario Minister of Energy. “In addition, this initiative is an example of unnecessary red tape: It is both a new administrative burden and an increased cost to business thanks to the punitive and outsized fines for noncompliance,” the letter states.

Critics of the Sticker Act also say the labels are misleading because they do not reflect a rebate that the federal government says will ultimately provide consumers with more money than they are paying through the carbon tax, and it does not cite other gasoline costs.