SAN FRANCISCO -- A California law that targets reductions in greenhouse gases could raise gasoline and diesel prices in the coming year as it turns its sights to fuel distributors, the Associated Press reported, although the potential impact varies greatly. 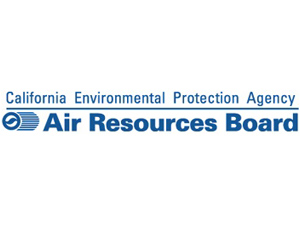 California passed the Global Warming Solutions Act in 2006, and it commits the state to cut greenhouse-gas emissions back to 1990 levels by the year 2020. As part of its plan to reach this goal, the state's air-pollution regulatory body, the California Air Resources Board (CARB), created a cap-and-trade program that set emission limits for industry. The first phase of the program focused on electric utilities and large industry, including refineries.

In the next phase of the program, fuel distributors will be subject to the cap-and-trade requirements beginning in 2015. This has led the oil industry to warn about impending price spikes at the pump of 10 to 12 cents per gallon (cpg). State regulators, meanwhile, say price increases could range from slight to double-digit increases, AP said.

This has led at least one state legislator, state Senate President Pro Tem Darrell Steinberg (D), to suggest that the state omit fuel producers from the cap-and-trade provision and instead implement a 15-cpg carbon tax.

In a cap-and-trade program, the government sets a cap on the amount of greenhouse gases that a company can emit and requires businesses to pay for each additional ton of pollution. Polluters that emit below the cap can sell extra pollution permits, or allowances, to those that have exceeded the cap, at an allowance auction.

Officials at CARB disagree with Steinberg's assessment and expect little increase in fuel costs after the start of 2015; however, the AP points out that CARB's own 2010 economic analysis of the cap-and-trade program found that gasoline prices could increase 5% to 32%, while diesel prices could increase 3% to 23%, depending on market factors.

Mary Nichols, chairwoman of CARB, countered that the oil industry has known of the regulatory requirements since 2010, giving it plenty of time to prepare, and that it is also not required to pass any costs on to fuel customers.

"It would appear to be some deliberate measure on their part if there were to be a sudden rise in [fuel] prices on Jan. 1," Nichols told the news agency. "I would expect that they would incorporate the cost of the allowances into their pricing."

She added that a flat tax on carbon, as opposed to a cap-and-trade mechanism, does not force polluters to reduce emissions, which is pivotal to the greenhouse-gas law.

In Steinberg's proposal, the carbon tax would slowly climb, rising to 24 cpg by 2020 and to more than 40 cpg by 2029. According to the report, around two-thirds of the estimated $3.6 billion raised by the tax would be returned to households earning less than $75,000 a year as a state-level Earned Income Tax Credit. The remainder would be given to mass-transit programs to encourage commuters to drive less.

The legislative prospects for the flat carbon tax proposal are unknown, but the oil industry has welcomed the plan. Catherine Reheis-Boyd, president of the Western States Petroleum Association, told AP that the cap-and-trade allowances would add 12 cpg to the costs of gasoline and diesel. The association proposes the state continue cap and trade on industrial facilities, but use a set carbon tax on fuels beginning in 2015.

The California Independent Oil Marketers Association (CIOMA) also prefers a flat carbon tax because it is a stable amount, the report said.

Severin Borenstein, an economist at the University of California, Berkeley, who has advised CARB on the cap-and-trade program, told AP that it is too late to put a flat carbon tax in place by Jan. 1, 2015; however, it could work in the future. He also noted that price spikes are unlikely in the current cap-and-trade framework.

"I think that California has done a reasonably good job of designing a program that won't have wild fluctuations in allowance prices (which would lead to fluctuations in gas prices)," he said. The cap-and-trade system has a floor and ceiling to control the cost of allowances; however, it could still experience price increases if demand for emissions credits jumped more than anticipated.