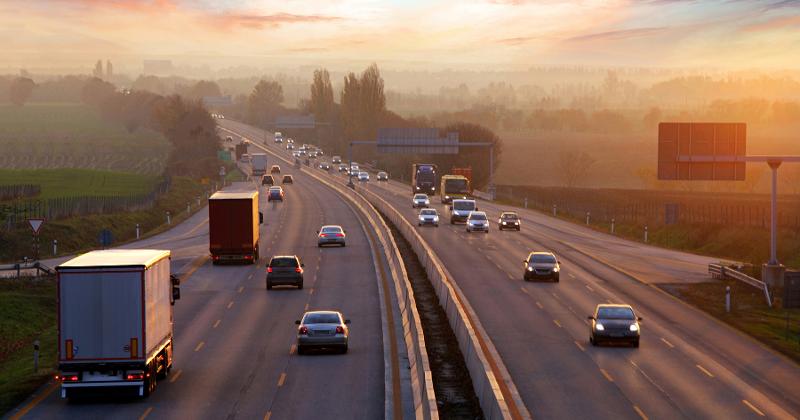 ALEXANDRIA, Va. — The National Association of Truck Stop Operators (NATSO) and the Society of Independent Gasoline Marketers of America (SIGMA), along with the National Association of Convenience Stores (NACS), urged members of Congress to support the bipartisan infrastructure bill that lays the groundwork for private-sector investment in the future of transportation energy. The organizations also urged Congress to oppose any amendments that would discourage fuel retailers' ability to invest in alternative fueling infrastructure.

The Infrastructure Investment and Jobs Act (IIJA) recognizes the essential role that the retail fuels industry plays in lowering the carbon intensity of transportation energy in the United States, the organizations said in a letter to House Speaker Nancy Pelosi and House Minority Leader Kevin McCarthy.

"Our associations appreciate the difficult work it took to get bipartisan agreement on this bill and are pleased the policy choices made on transportation energy infrastructure point toward a future in which the private sector can and should have incentives to act as a multiplier of federal funds to dramatically increase the alternative energy options available to consumers across the nation," the groups wrote.

The organizations said that the alternative fuel corridor grants in the infrastructure legislation are "a good, bipartisan foundation." The grants require the involvement of the private sector and take into account whether projects support the establishment of long-term competitive infrastructure. "That market will only benefit American drivers if it is based on competitive market principles—just as traditional fueling has been in the United States," the letter said.

The organizations urged lawmakers to oppose any efforts to overturn the longstanding prohibition on commercial services at rest areas, including electric vehicle (EV) charging stations. If the bill were to allow EV charging at Interstate rest areas, "it would fail to live up to its aspirations and our associations would be forced to aggressively oppose it."

The associations applauded that the grant programs created by the bill do not carry large risks of allowing utilities to "double-dip" and force electricity customers to pay for them to own and operate EV charging stations while also receiving federal funds for their installation.

Alexandria, Va.-based NATSO is the national trade association representing America's travel plazas, truckstops and off-highway fuel retailers. Founded in 1960, it represents the industry on legislative and regulatory matters; serves as the official source of information on the diverse travel plaza and truckstop industry; provides education to its members; conducts an annual convention and trade show; and supports efforts to generally improve the business climate in which its members operate.

SIGMA, based in Alexandria, Va., is the national trade association representing fuel marketers and chain retailers in the United States and Canada. Representing approximately 250 independent chain retailers and marketers of motor fuel, the association serves to further the interests of both the branded and unbranded segment of the industry while providing information and services to members.

NATSO and SIGMA have a strategic alliance on federal legislative priorities and advocacy initiatives that enhances the government relations capabilities for their members.

Founded in 1961, Alexandria, Va.-based NACS is a global trade association for the convenience and fuel retailing industry, which has more than 150,000 stores nationwide and serves 165 million customers daily. NACS has more than 1,500 retailer and 1,500 supplier members from more than 50 countries.