MANCHESTER, N.H. -- As New Hampshire regulations requiring double-walled underground storage tanks (USTs) are set to kick in later this year, some stations in the state are weighing whether to pay to upgrade or get out of the fuel business. 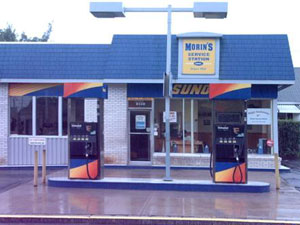 Fuel retailers have until December 22 to replace single-walled USTs and piping with the more leak-proof double-walled models. According to a story in The Union Leader, while that December deadline was set nearly two decades ago, the New Hampshire Department of Environmental Services (DES) reports that more than 800 USTs or piping systems still need fixes to meet current regulatory standards.

The department has identified 745 mostly gasoline and diesel tank systems across the state that need replacement, including 148 with single-walled tanks. Matthew Jones, oil compliance and enforcement subsection chief with DES, told the newspaper that the rest require the owners to upgrade equipment under the fuel dispenser or trade out single-walled piping with double-walled alternatives—or close the piping off, which would basically shut down the UST.

The state first began requiring new USTs to be double-walled back in 1985, the newspaper said, and set 2015 as a deadline for all tanks in the state to meet the requirement since many have a 30-year warranty, according to Jones.

For some retailers, however, the upgrade costs are too high. Morin's Service Station, which has operated in Manchester since 1931, plans to stop pumping gas at the end of April. Its vehicle repair garage will remain open. Owner Bill Morin said it would cost between $60,000 and $80,000 to upgrade the site's fueling system so he could still pump fuel, and possibly an additional $150,000 soon after to replace a double-walled UST that is around 25 years old.

Gasoline contributes about one-third of Morin's profits; the operator is hoping its service business will make up for the lost fuel sales.

The DES reports that as of early April, 31 businesses have notified it that they plan to shut down at least one UST or related piping. At this same time in 2014, 15 operators gave notice, compared to six in 2013. Most are because of an inability or unwillingness to meet the single-walled deadline, said Jones.

Jones at DES observed that some operators want to upgrade but are having problems financing the investment.

"What I'm finding is the toughest part is getting the banks to lend at this point," he said, adding that banks appear to have "tightened down on their lending practices."

Budget Gas of Manchester is planning to upgrade two 10,000-gallon single-walled tanks this spring. Co-owner Awais Iqbal said the site will stop pumping gas for a month during the installation process, and he estimates the cost to run about $200,000.

"Petroleum equipment is not cheap," Iqbal told the newspaper, adding that an investment of that size "is risky."

"It's almost like you don't have an option," he said.