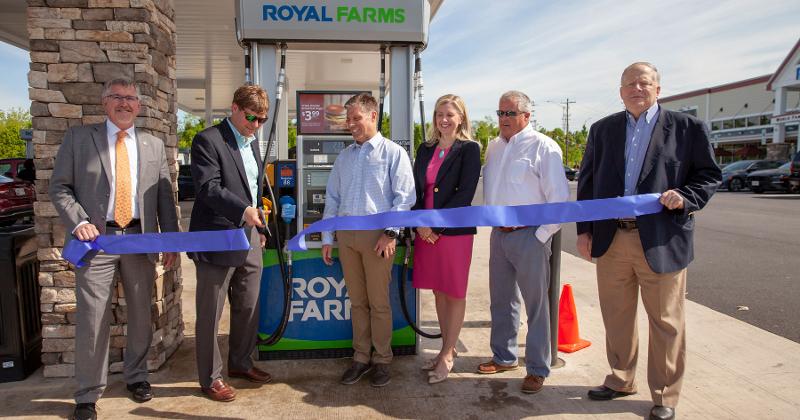 BALTIMORE — Royal Farms has added higher ethanol blends to its 12th location in partnership with Protec Fuel Management. The convenience-store chain added E15—branded as Regular 88—and E85 to its 200th store, a new build in Oxon Hill, Md., in the National Harbor waterfront district.

Royal Farms has a dozen locations in Maryland and Virginia that sell the higher ethanol blends, with “more anticipated for the future,” Protec Fuel said.It is starting on its 13th location and plans to break ground on 11 new sites in 2019 that will offer E15 and E85, a Royal Farms spokesperson told CSP Daily News.

Royal Farms has a reputation for sustainability efforts, which include adding electric-vehicle charging stations—currently at 24 sites with two more in the works—recycling its used cooking oil into biodiesel and building new stores to Leadership in Energy and Environmental Design (LEED) certification standards. 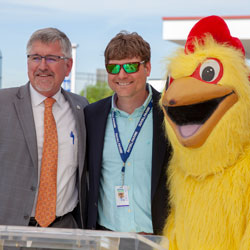 "We are proud to lead the way with renewable fuels; offering higher quality and better value is the cornerstone upon which Royal Farms was built," Tom Ruszin, fuel and environmental leader for Royal Farms, Baltimore, told CSP Daily News. "It is gratifying that our whole team, from the fry cook at our smallest store to our corporate executives, are working together to make a meaningful impact in our home state of Maryland and across the region.”

Protec has designed and installed renewable fueling infrastructure and supplied biofuels since 2006. To date, it has installed more than 400 sites during the past three years in partnership with the U.S. Department of Agricultures's Biofuels Infrastructure Partnership. Most recently, this included a Maryland site owned by Carroll Independent Fuel Co.'s High's chain.

"The mid-Atlantic region is not only important to Protec, but holds tremendous potential for forward-thinking retailers like Royal Farms that are ready to differentiate their stations by offering customers domestically made, cleaner fuel options at great prices," said Steve Walk, managing partner of Protec Fuel, Boca Raton, Fla. "Protec has also worked with a number of other parties that contributed to this success."

Private and public entities that assisted in the latest Royal Farms installation include Sustainable Energy Strategies Inc. and the Virginia and Maryland chapters of Clean Cities. Protec credited investments from the Maryland Energy Administration (MEA) and Maryland Grain Producers Utilization Board to a 70% increase in sales of E85 and E15 in 2018. Representatives from both groups joined Royal Farms, Protec and Skor, CEO of ethanol industry group Growth Energy, in a special event to debut the E15 and E85 installation.

The Source University Training Center: Where Big Ideas Can Come to Life in Small Groups