BOSTON -- Shell Oil Co. will pay $4 million to resolve allegations that it received reimbursement payments from a state fund for environmental cleanup projects even though the company sought and received payments from its insurers for the same gas station sites, Massachusetts Attorney General Martha Coakley has announced. 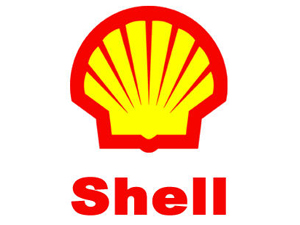 The alleged false claims by Shell and its joint venture, Motiva Enterprises LLC, involved more than a hundred stations that both companies operated throughout Massachusetts.

The state established the Underground Storage Tank Petroleum Product Cleanup Fund program (UST Fund) to expedite the cleanup of environmentally dangerous leaks from tanks such as those commonly found at gas stations by reimbursing owners and operators for eligible expenses incurred in remediating the sites. To fund the program, the state charges tank registration and delivery fees.

"This program exists to help station operators clean up harm done to the environment, not for big oil companies to profit by double-dipping," Coakley said. "I want to thank the Department of Revenue and the UST Fund for their continued cooperation in our efforts to determine whether these companies may have sought or recovered money from their insurers without proper disclosure."

Under the UST Fund's regulations, claimants must disclose if they sought reimbursement from another source including insurance for expenses they submit to the UST Fund. If claimants do recover money from both insurance and the UST Fund for the same expenses, they must pay back the UST Fund.

According to the settlement, in 1993, Shell sued its insurers in a lawsuit captioned Shell Oil Co. v. Certain Underwriters at Lloyd's, London et al. The AG alleges that Shell sought payments for the past and future costs of remediating environmental damage at gas stations, including certain stations in Massachusetts. Shell settled those claims with its insurers, but did not disclose its lawsuit and settlements to the UST Fund until Feb. 2012.

To date, Coakley's investigations into whether certain oil companies submitted false certifications and other false statements to the UST Fund have brought back $7.9 million to Massachusetts, she said. In April 2012, Coakley announced a $2.2 million settlement with Sunoco involving the company's reimbursement claims to the UST Fund. In December 2012, the AG's Office announced a $1.7 million settlement with Chevron and Texaco. In April 2012, Coakley also sued Hess Corp. alleging falsely claimed reimbursements from the UST Fund. The lawsuit against Hess is ongoing.