OAKBROOK TERRACE, Ill. -- Three out of four people stare at the fuel pump while filling up, so why not give them something to look at? Video in the pump might just be the answer. 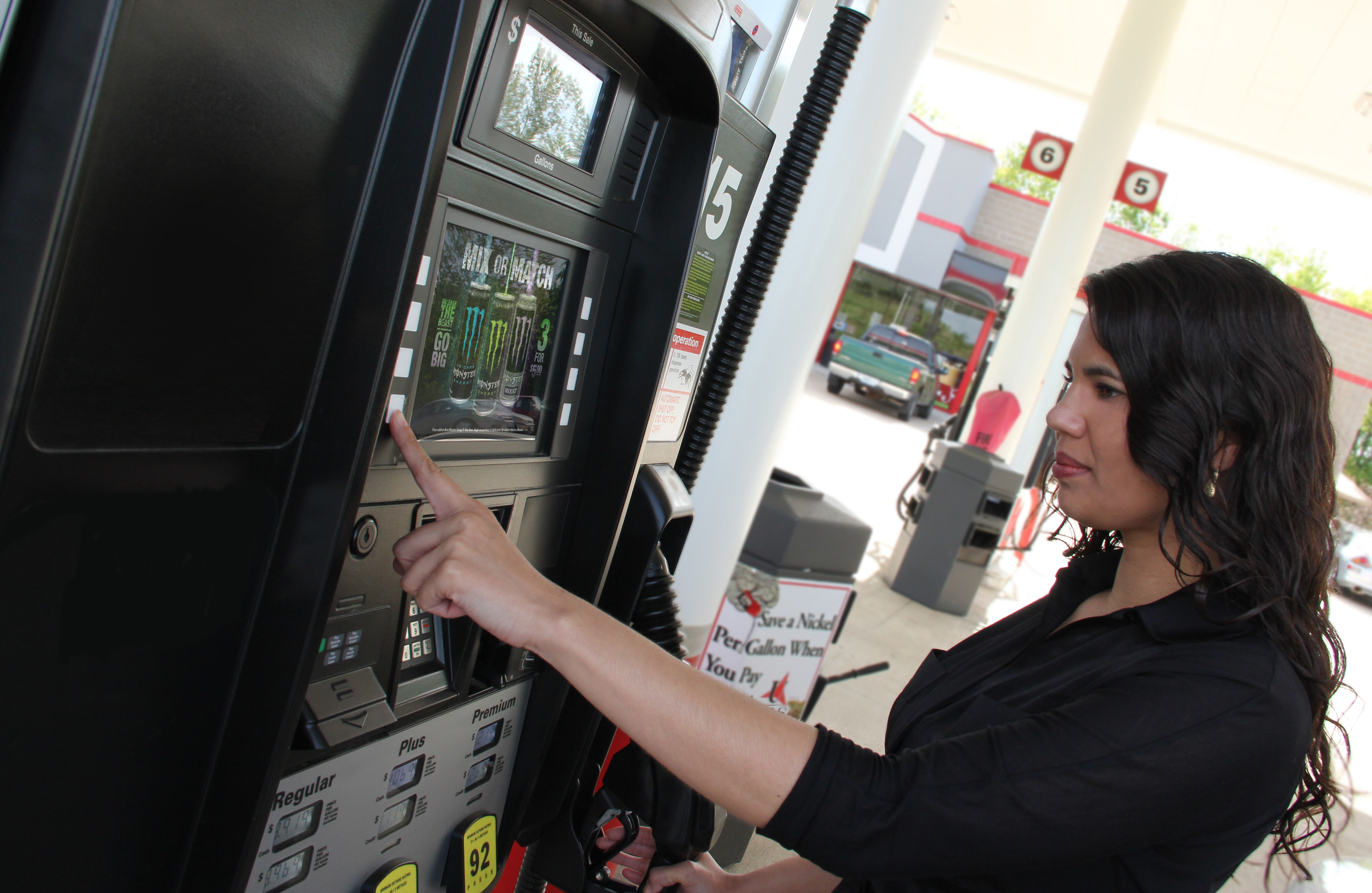 According to State College, Pa.-based VideoMining Corp., the typical gas-and-go consumer spends about 4.5 minutes on average at the fuel pump. Deduct time for PIN-pad entry, nozzle engagement and the payment process, and that leaves 2.5 to 3 minutes of idle time for most consumers. Further, nearly half of those pumping gas never set foot inside the c-store. Communicating store specials and promotions gives them a reason to go inside and make a purchase.

“Our polls indicate 43% of consumers are pumping gas and leaving without entering the store,” said Priya Baboo, president of client solutions for VideoMining. The company’s research indicates only 1% of consumers have purchased an in-store item based on information they received at the pump, most often static signage, the primary marketing tool used by 97% of c-store retailers. “Clearly, the static signage is not resonating with customers.”

Baboo said a sign’s effectiveness is limited by communicating only the price of an item, but not the value. “TVs with engaging content can promote store’s unique offerings, such as a strong fountain, coffee or foodservice program, as well as day-part specials, … deals the consumer would otherwise miss,” she said.

David Leider, CEO of Gas Station TV (GSTV) concurs, adding that “TV at the pump helps to influence a consumer [just] steps away from the c-store, which is something you won’t get from other mediums like billboards and regular TV.”

Outcast Media, now a division of fueling technology provider Gilbarco Veeder-Root, combines news clips, weather reports, sports and entertainment coverage with store-specific promotions to provide continuous streaming and lure consumers inside the store. Aside from the basic day-part messaging—a doughnut and coffee in the morning, and lunch special in the afternoon—Outcast makes recommendations based on a store’s sales trends, location, special offerings and consumer demographic.

“We look at what’s working and what isn’t with an eye on keeping the content fresh so consumers stay engaged,” said Dan Trotzer, senior vice president, business development for Outcast Media. Breaking news is updated twice a day and other clips are refreshed weekly. “Since most people stop for gas at least once a week, the goal is to provide new content each time someone visits the pump.”

According to Leider, GSTV’s IP-addressable network allows the company to drill down to the station level and geographically or demographically target consumers with highly customized advertising messages. “Variables like weather-triggered creative engage consumers in a highly relevant manner,” he said. “If it’s snowing, consumers might see a different ad, perhaps for wiper fluid or a c-store hot chocolate, than if it were raining or sunny.”

Trotzer said Outcast Media also targets content based on a store’s location and demographics and added that loyalty-card programs provide another rich source of consumer data to help tailor the messaging.

“I see people standing out there pumping gas and watching the TVs. I’m like, wow, this is amazing. My customers love it,” Jaboro said. The weather is one of the more popular clips, followed by in-store ads, sports, entertainment and news.

One day Jaboro decided to turn off the large LED screen right outside the store that typically announces specials to see if consumers were watching the screens on the pumps. “I advertised $1 coffee on the TVs at the pumps and left it off of the big sign right in front of the store to see what would happen. My customers would come in and say, ‘Coffee is a dollar! Coffee is a dollar!’ Old and new customers were coming in for that deal.”

Yes, it was working.

Engaging Consumers at the Pump