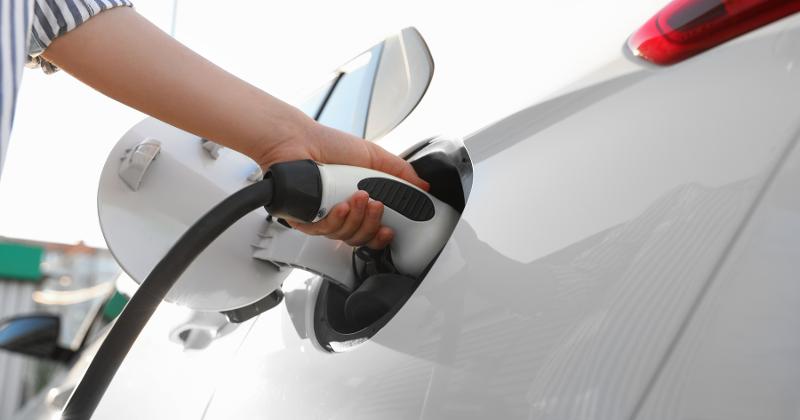 ATLANTA — Although U.S. motorists drive 1.8 million battery-powered cars, there is a shortage of stations to charge them, according to software provider NCR Corp. With 100,000 charging plugs at approximately 41,000 public stations, convenience stores will be considering adding them to their forecourts to cater to more drivers and to increase sales inside stores.

Globally, automobile manufacturers have committed to spend $257 billion on vehicle electrification over the next decade, signifying that the industry is on the cusp of significant electric-vehicle (EV) market growth. Ford just released an all-electric F-150 pickup truck called Lightning, while Toyota, which has yet to launch an all-electric vehicle outside of China, plans to debut two all-electric autos in the United States this year. And GM has goals of being “committed to putting every driver in an electric vehicle on a scale previously unseen and bringing the world to an all-electric future.”

Convenience retailers that also offer fuel could do well expanding into electric charging, according to NCR, citing what Wawa has done recently by installing its 50th EV charging station. And since charging a car takes more time than fueling one, retailers could potentially entice drivers into the store while they charge their vehicles. If that average charge takes roughly 30 minutes, consumers will be drawn to locations that offer enough entertainment and shopping to occupy their time. Think Buc-ee’s for example, which provides more than food, fuel and clean restrooms—it’s a destination that often gets its own spot on a road trip itinerary.

And it’s not just electric vehicles making waves. NCR asserted that convenience retailers also need to keep their eyes on connected car technology that allows drivers to make pump payments from inside their vehicle.

Atlanta-based NCR is a software and services provider in the financial, retail and hospitality industries.