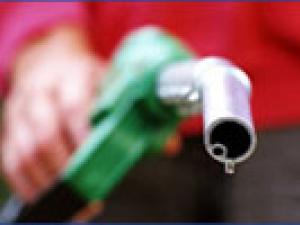 There is now a discount of 56 cents to motorists under the price of one year ago. And the current price is the lowest in more than seven years; the price was about 11 cents lower back on Dec. 19, 2008.

After months of acutely low margin on gasoline, because the oil price cut bonanza they had been getting was eaten up by their own wholesale gasoline price cutting, refiners did seem to cry "Uncle!" a few days ago. The U.S. average regular grade unbranded rack has climbed more than seven cents since February 10.

In the Midwest, where some of those refiners in enough margin pain to actually cut run rates are located, the regional average unbranded rack has shot up 22.86 cents since bottoming at an eye-popping 77.61 cents on Feb. 9. Midwest branded in the week ending Feb. 19 has gained 13.5 cents as the Lundberg rack table at www.lundbergsurvey.com shows. And diesel racks, unbranded and branded, are scooting up in all regions.

Meanwhile, refining margin on gasoline still hasn't expanded; in fact, it suffered a little more shrinkage in the past two weeks. The pressure on refiners to recover is still substantial.

Retailers lost more than two cents on average since Feb. 5, and even though margin remains far better than it was two months ago, narrower retail margin joins the growing list of factors in favor of an end to the pump price crash. The U.S. average for regular grade is 22.27 cents; in some markets retail margin is in single digits.

Top among elements telling retail price to stop dropping is crude oil, Big Daddy of all inputs. Futures prices of the two main crude benchmark grades, despite continual meandering, are just about where they were in mid-January as if finding a home in a narrower range instead of ratcheting lower and lower.

If oil prices do not now take another plunge, then the gasoline market's own dynamics will become more apparent as price drivers. And they are pointing up: Demand is growing both seasonally and year to date over 2015. And it is clear that refining margin has been clobbered in the ring and will need to crawl up.