By now, most convenience store retailers have heard the benefits of E15, and many have added it to their product lineups. Steve Anderson, station and repair shop owner, Marshall Cretin Minnoco, added it to his store’s offerings less than four years ago, but says that it has had a significant effect on his business even in that short time. “Today, it has a loyal following and is a large contributor to our overall volume,” he says. 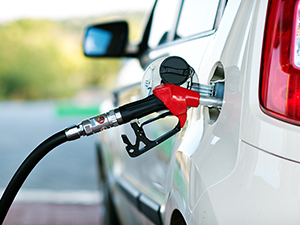 While retailers and consumers know the basic benefits of E15, they may not be fully aware that E15 is also ideal for high-performance vehicles, such as race cars, as well. Joel Hennen, owner and operator of Hennen’s Auto Service in Shakopee, Minn., says that the higher-octane fuel improves engine performance and using it means less chance of engine knock. And, when it comes to increasing the octane of gasoline for cars, “Ethanol is the most cost-effective way to increase octane,” he says.

One of the most commonly talked about benefits of E15 is the cost savings it provides consumers. E15 gasoline is generally sold at a lower price than standard gasoline, saving consumers money every time they visit the pump. But beyond saving money, E15 helps engines run cleaner. “The interior of the engine is cleaner—cleaner means less buildup from petroleum products,” says Anderson.

Additionally, it burns cleaner with reduced emissions. “The tailpipe emissions are lower in hydrocarbons,” Anderson says, which makes for decreased pollution levels.

As for how E15 is beneficial for high performing race cars as well as passenger cars, Dr. Andy Randolph, technical director for ECR Engines, referred to E15’s potential to give more power to high-demand vehicles. “What you are trying to do, whether you are in a passenger car or a race car, is get the engine to operate as efficiently as possible. In a passenger car engine…you want to get the most miles per gallon; in a race car, you’re trying to make as much power as you possibly can,” he says. Regardless of the goal, however, fuel that encourages efficient engine function is the solution—and in both of these cases, E15 fits the bill.

When it comes to ensuring engine efficiency, cooler burning fuel can be a big help. “Heat is an engine killer,” says Randolph. “The more ethanol you put in, as you inject the fuel and it evaporates, it cools the engine. The ethanol helps engines run cooler which is, endurance-wise, an excellent thing to have happen.”

A second big benefit of ethanol, he says, is its eco-friendliness. “Ethanol is renewable. We’re not going to run out of it,” says Randolph.

From cleaner and cooler burning gas to better gas mileage, lower costs and increased engine performance, it’s no surprise that consumers as well as professional drivers have been enjoying the benefits of higher ethanol fuels. And with the increasing popularity of E15, it’s a win-win for retailers, too.