Convenience retailers know the importance of pinching every profit in this business. When it comes to low profit margin lottery tickets, every dime of a sale and every minute spent tracking them adds up. 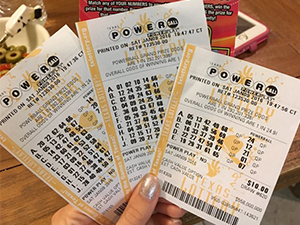 The jury’s out on whether lottery ticket sales really drive store traffic or revenue, and there’s only a slight chance someone will win big at any given store. “When a store sells a $1 scratcher, it’s only making between 4 and 6 cents,” says Justin Baxley, senior product manager at PDI, a software solution provider.

Still, many c-stores swear by the value of selling tickets and the traditions behind it. If lottery is still part of a store’s offerings, it’s important to figure out ways to streamline processes on the back end so margins can improve on the front, Baxley says.

Here are some of the benefits of leveraging newer solutions on the market.

“Tracking lottery tickets is not as simple as counting candy bars,” says Baxley. “It’s an incredibly complex task, so to be able to automate it by simply scanning a barcode and having all the counting done for you is a big deal for many retailers.”

Manual lottery ticket tracking requires good math skills and attention to detail. In fact, it’s almost like a game itself.

“Every ticket has a number attached to it that includes the number of the package or book and the ticket number,” Baxley says. Lottery tickets need to have these distinct numbers to prevent fraud and ensure accurate reporting with the government.

Some c-stores still use the old paper-and-pen method to track which tickets were sold during a shift. A shift employee will write down the last ticket number in the dispenser at the start and end of the shift—for every type of ticket sold. To reconcile the number of tickets sold with those in inventory, a manager will have to ensure the numbers from the point of sale line up with the numbers from that spiral notebook from that day. If anything’s missing, the manager will be able to pinpoint during which shift the missing ticket occurred. But that’s if—and only if—the tracking is done correctly.

“That manual process can take at least 15 minutes per shift, but with a scanner, it only takes 45 seconds to two-and-a-half minutes total,” Baxley says. Switching to a more automated system can add up to as much as $1,000 or more per year in labor—per store. If an operator runs many stores, well, it’s easy to do the math. Not to mention, the more time a higher-salaried manager takes to track and manage tickets, the less time they have to do other, more important tasks.

These days, more c-stores are seeing the benefit of leveraging technology to improve control over operations and manage inventory in general. Newer lottery tracking systems include barcode scanning capabilities for single ticket inventory and have activation tools that allow stores to immediately track when they put a book of tickets in play.

“Since states draft you when a book is activated, it’s possible for stores to get charged for in-play tickets that haven’t even been sold,” Baxley explains. “Having an automated way of tracking that information is critical and ensures your payables team has an internally generated invoice to compare against everything the state is drafting.”

Retail shrink is real. C-stores have dealt with this since the beginning of time, and even though more stores have invested in security cameras and cameras linked with POS systems, there’s still plenty of room for loss in the form of theft or poor inventory management.

“It’s a slippery slope when it comes to lottery ticket theft. It only takes one employee who wants to take one to play the odds,” says Baxley. “The fact is some people can’t handle those items responsibly.” With such tight margins, missing just one ticket can cause real problems. Every little bit of accuracy and theft deterrence counts.

Using automated barcode scanning and lottery tracking software also shortens the time it takes to investigate any discrepancies, and it can give store employees the benefit of the doubt.

“As a manager, with a more automated system, I can figure out exactly the time between 10:15 a.m. and 1 p.m., for example, when a ticket went missing, which reduces the time frame I have to investigate the situation,” Baxley says. Instead of watching hours of security footage, the manager can hone in on a specific period. Sometimes it’s as simple as an employee who accidentally scanned the same scratcher twice.

“Ultimately, the method of tracking lottery tickets comes down to control,” says Baxley. “You can use manual processes, but then it’s possible to not know for sure what’s happening with your tickets. Or, you can invest in technology, but have a higher level of control that could reduce labor costs on the back end.”

For c-stores bent on big-time lottery sales, automation is a win-win situation.