NEW YORK-- "It is a riddle wrapped in a mystery inside an enigma." That is what Winston Churchill said about Russia 76 years ago. It sort of describes how I feel about Tesco, Fresh & Easy, Yucaipa and Wild Oats today. 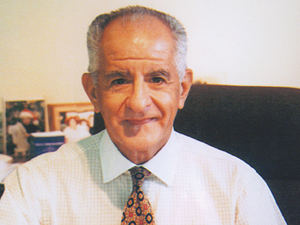 Tesco was riding high 10 years ago, around the time they decided to set their sights on the U.S. market. They were highly profitable and widely acclaimed. U.S. retailers came to England to learn from them … and the United States--the world's largest market--was sitting there for them to capture. They were one of the world's leading retailers. What could possibly go wrong?

The riddle, therefore, is why did Tesco create a completely new concept to enter the U.S. market, instead of doing what they knew?

The Fresh & Easy format had little relationship to anything Tesco had done to make them successful in the U.K. It had a new and unknown name. It did not offer gasoline. (Selling low-priced petrol at supermarket sites had been a major contributor to Tesco's success the U.K.) The stores were much smaller than Tesco's U.K. supermarkets and much larger than their Tesco Express convenience stores. The company had no existing U.S. supplier relationships or clout--and brought their prepared food suppliers with them. And American consumers had not grown up believing that cold-chain delivered packaged foods could be really fresh. On top of that, Tesco's vaunted market research failed to show that price competitiveness was a key factor in the U.S. grocery marketplace.

Part of the answer is that Tesco mistakenly believed that they had found a large opening in the market here--that introducing cold-chain-delivered foods would give them a big competitive advantage. They assumed that U.S. supermarkets--many of whom had visited them in the U.K.--had not taken much notice of the cold-chain system, which was originally developed there by Marks & Spencer, had been around for more than 30 years and had become standard operating procedure for U.K. supermarkets. They failed to understand that the smart and savvy U.S. food store operators had indeed taken notice, but had learned that the vast delivery distances and far-less-dense population here than in the U.K. made a cold-chain unworkable for them. As a result, they had developed their own alternatives--primarily in-store food preparation--which U.S. consumers accepted as the standard.

So why did Tesco underestimate the competition in the birthplace of the supermarket? I told you it was a riddle. And did it have to be so complicated and expensive for them to find this out? Not if they had asked me.

In a June 2007 meeting in London with a consultancy that was helping Tesco with their U.S. launch (several months before the first Fresh & Easy stores opened), I outlined a number of reasons why I thought Fresh & Easy would fail. Not only was I ridiculed, but the prominent U.S. publisher who I was travelling with wanted to usher me out of the room as quickly as possible. It was unthinkable that Tesco could be wrong. Nevertheless, at the time of the launch, CSP published columns, online and in print, in which I expanded on these reasons.

In later columns I also dealt with ominous signs of Fresh & Easy's failure. For example, in October 2008, a year after the launch, under the headline "Think Small" (see File Attachments below), I called attention to two pieces of information that Tesco themselves had released to counter press reports that Fresh & Easy was struggling. Using their own information, from one of these I extrapolated that each store was doing $15 million a year; and, from the other, that each store was doing less than $1 million a year. Which was the right number? As I said in the column, "It depends on whether you listen to Tesco … or Tesco!" I also tried to contact Tesco directly to offer help in rectifying the situation. To this day I have heard nothing.

So the mystery is why, after Fresh & Easy was clearly failing, did Tesco kid themselves that it was not? Or, to put it another way, if they knew it was, why didn't they do something about it?

This is a fundamental issue: what do you do when you realize you have made a mistake? Do you bury your head in the sand, hoping that time will heal all ills and the problem will go away? Or do you take decisive action to correct it? Tesco did the former. I would have recommended the latter--and suggested exploring the following alternatives.

First, acquire, a large grocery chain with many outlets within range of your distribution and food processing infrastructure (which is the albatross around the neck of the enterprise). Introduce Fresh & Easy departments into the acquired stores and use your logistical capabilities to enhance their other fresh-food offerings.

Or, second, sell the distribution and food processing facilities to an existing wholesaler, which (as several did) wanted to add cold-chain capabilities. Keep the Fresh & Easy stores and have them become customers of the wholesaler, eliminating the distribution albatross and enabling the stores to become profitable. (The only way a cold chain can be made to work in the United States is by a wholesaler offering it to all its customers, providing the needed critical mass of outlets to make it viable.)

Or, third, if the other options fail, shut up shop as quickly as possible and stop making daily trading losses. Don't kid yourself that it will get better. It won't.

So why has Yucaipa acquired Fresh & Easy? That's the enigma I'll explore in Part 2 of this column tomorrow.

Gerald Lewis provides transformational retail guidance and execution principally to convenience chain operators. He can be reached at glewis@c-man.net or (646) 215-7741. For more information go to www.geraldlewisteam.com.