CONCORD, N.H. -- New Hampshire Governor Maggie Hassan on Aug. 14 declared a State of Emergency as a result of recent overdoses in Manchester and Concord, N.H., as a result of the use or misuse of the synthetic cannabinoid identified as "Smacked!", which has been sold illegally in convenience stores. 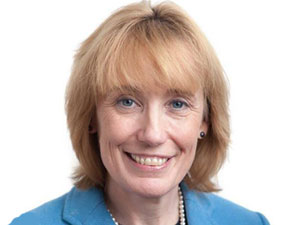 The declaration triggered state Department of Health & Human Services public health powers to investigate, isolate or quarantine and require the destruction of the commodity in question. The department is working closely with local police departments to quarantine the "Bubblegum Flavor" of "Smacked!".

"These products pose a serious threat to public health, especially to young people, and it is our responsibility to do whatever we can to combat the recent rash of overdoses," Hassan said. "In consultation with the New Hampshire Department of Homeland Security & Emergency Management, public health officials in the New Hampshire Department of Health & Human Services and the Attorney General's office, I have declared a State of Emergency so that we can move quickly to stop the sale of this dangerous substance that has caused an outbreak of serious overdoses."

While not related to overdoses at this time, samples of at least two other brands of synthetic cannabinoids, "Crazy Monkey" and "Green Giant," have tested positive for controlled substances that are illegal to sell or consume under New Hampshire law.

The governor is encouraging retailers to voluntarily remove all synthetic cannabinoids from their shelves.

Generally referred to as "spice," synthetic cannabinoids are chemically engineered substances similar to tetrahydrocannabinol (THC), the active ingredient in marijuana. While they are labeled as not for human consumption, "herbal incense" products of this type are known to be ingested by smoking or brewing into a tea because they contain synthetic cannabinoids.

"It's very important that individuals be made aware that use of this product poses serious and immediate danger to their personal health," Department of Health & Human Services Commissioner Nicholas Toumpas said. "We strongly recommend the public avoid any use of this product, and we will work with local police departments as quickly as possible to put the quarantine into effect."

Attorney General Joseph Foster said, "As we have seen in recent days in Manchester and Concord, the misuse of products like 'Smacked!' can cause significant and adverse health risks; therefore, we are strongly recommending that merchants who have similar products remove them from their shelves and destroy their current inventory. Retailers that continue to knowingly sell these dangerous or illegal products are placed on notice that they could be held responsible for harm caused to a user of the product."

The governor's declaration will last 21 days unless terminated earlier or extended by further order.

health care  over the counter