CINCINNATI -- Melanie Healey, the leader of Procter & Gamble's (P&G) North America business, is leaving the company next year, according to an internal memo released to employees on Wednesday and published by The Wall Street Journal. 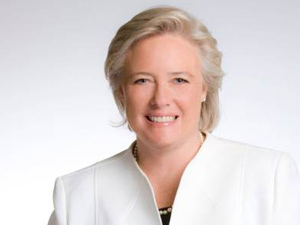 Healey, No. 18 on Fortune magazine's Most Powerful Women list, was once considered a likely successor to CEO A.G. Lafley, added a Fortune report. The Brazilian-born exec runs P&G's largest division, the $32.1 billion North America unit. Although her division has been struggling recently, it has shown signs of "tepid" growth, said the report.

"Our more streamlined and focused P&G is taking shape," said Lafley in the memo. "In September, we announced several senior management changes; today, we're announcing a second set. We're putting the right leadership structure in place for the new P&G."

"She began her P&G career in Brazil, after roles with SC Johnson and J&J. At P&G, she quickly distinguished herself in Latin America and North America and global feminine and heath care businesses before leading North America, the company's largest [selling and marketing operation]. She has been a caring, committed and compassionate leader of the business who is also a tireless champion of diversity and inclusion."

"These changes simplify the way we organize and manage the company," said Lafley. "We have fewer business presidents and a flatter structure. We've consolidated functions to better support the businesses. As a result, we will have the same or fewer presidents and function leaders as we had in 2001 when sales were $39 billion--less than half our sales today."