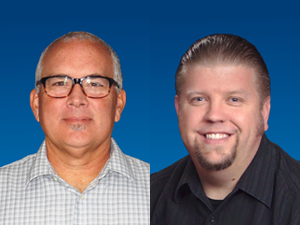 Joining the Irwindale, Calif.-based Ready Pac team in 1996, Montoya took on the role of plant buyer and later moved into several subsequent positions of increased responsibility in the procurement function. Montoya left Ready Pac in 2003 to become general manager for the Giumarra Cos. in Los Angeles, and later re-joined Ready Pac in 2008 as procurement manager. Montoya has been very active in the local produce industry within the Fresh Produce & Floral Council (FPFC) holding several committee chairman positions leading up to becoming a director.

McClure began his career with Ready Pac’s Retail Specialties division as a merchandiser in 1999 and was promoted to buyer in 2001 and senior buyer in 2006. Prior to Ready Pac, Sean was with Lucky’s grocery stores since 1990, where he worked in various key positions in the deli, dairy and produce departments.

“I can’t express how honored I am to accept this role with Ready Pac,” Montoya said of his new position within the company. “Fresh produce has played a particularly significant role in both Sean’s and my life for so many years; I’m very excited to be able to work together to share our unique perspectives with the Retail Specialties team in order to build upon the strong foundation that Ken upheld at Ready Pac for so many years.”