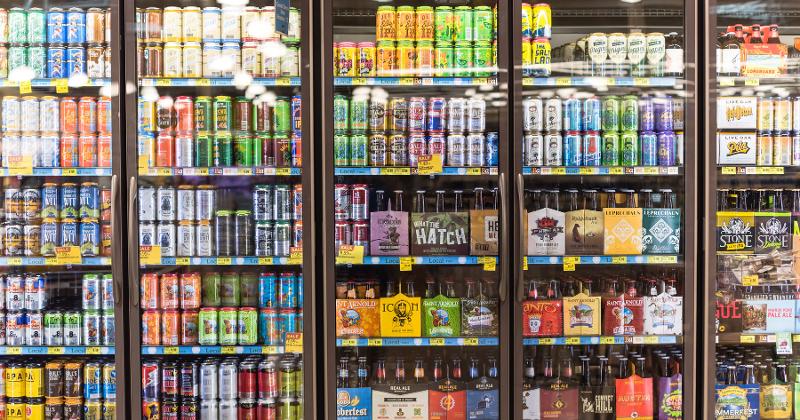 Space. It’s one of the biggest challenges facing convenience retailers offering thousands of products in limited space.Because suppliers often provide space-creating displays, a common problem is these tools have not historically been developed with retailers at the front of mind.

This is especially true for a classic space-creation tool for the cold vault: the suction cup rack. Here, the focus has often been on cost vs. working at retail, meaning many racks simply aren’t reliable enough to hold beverages on a swinging cooler door. It’s caused many retailers to abandon the option.

Yet recent innovations to suction cup technology have allowed many retailers to reclaim this cold space solution to improve their bottom line. Here are two examples of how retailers have done just that.

The Problem: As the owner and operator of Birmingham, Mich-based Maple Gas Inc., Kyle Hanawa has long-used suction cup racks as a tool for testing out the viability of new products. “You put them in a suction rack, see how people handle it,” he said, describing the strategy as a “secret weapon” of retailers. “If customers aren’t grabbing it from there, you have an issue.”

However, years of failing racks caused major frustrations for the single-store owner.  “We’re having to run back and clean up a pop that fell down, wipe the cooler door down, or worse, clean up broken glass,” he said.

The Solution:  Hanawa went on the hunt for a better option—and a manufacturer willing to sell in small quantities, as Hanawa purchases his own displays. He found his solution in St. Louis Mo-based iSEE Store Innovations and their patented Displayloc suction cup racks. Hanawa was impressed by the sleek look, flexible placement options and, most importantly, the ability to hold up 50lbs of product without fail.

“The durability is awesome,” he said. “These are the future, bringing smart technology to the cold vault.”

The Pay-Off: With the fear of falling racks eliminated, Hanawa was able to get creative. He further highlighted new products by placing the racks vertically, diagonally and even spelling out letters. He often uses the APEX racks to spell out “M” (for Michigan) during prime college sports season.

“In the retail industry, the way you display an item is what sells it,” he said, adding that he’s seen a noticeable lift in his cold vault sales. “I’m a mom and pop shop so little things like these displays make a big difference.”

The Problem: Currently the director of marketing for Edinburg, Texas-based La Lomita Inc., Tony McDaniel spent much of his career at Circle K. Despite the company’s size, McDaniel struggled to find a vertical suction rack.  “They were mostly horizontal,” he said. “It blocks the main area of the cooler where your best sellers are located.”

He was stuck with vertical wire racks that didn’t block product, but did require a safety hook that went over the door. It kept the racks from falling but destroyed the door gaskets in the process—a costly compromise.

The Solution: Needing a wire option that worked, McDaniel worked with the iSEE team to develop a solution. He had four simple parameters: it had to be vertical, wire, hold multiple package sizes and work without a safety hook.

He was more than pleased with the solution.

The Pay-Off: Like Hanawa, McDaniel used the racks as a new product testing ground, taking it one step further. By purchasing the highly-visible racks himself, McDaniel was able to use them as a profit center with beverage manufacturers.

“I know I can use the Wireloc for several years without failing,” he said. “This allows me to purchase the rack and then sell the space to manufacturers if they want to promote something in the store.”