MINNEAPOLIS -- Target hopes to win over more urban customers with its smaller store formats, according to a report in Fortune. 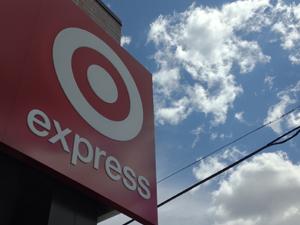 The discount retailer plans to open a CityTarget store in Brooklyn, N.Y., in 2016. It’s the biggest market yet for the urban-store concept at the heart of the chain’s strategy to re-ignite sales growth: using new, flexible formats—city stores that are a bit more compact than their suburban counterparts, along with much smaller quick-service stores—to more easily reach both new, affluent customers and existing ones at a time when there seems to be limited room in the market for more of its nearly 1,800 traditional big-box stores, the magazine reported.

In parallel to the CityTarget expansion—there are eight such stores now in places such as downtown Seattle and San Francisco, with another in Boston’s Fenway area coming next year, Target is also adding five more (four in California, one in St. Paul, Minn.) TargetExpress stores, small 20,000 square-foot locations, next year, expanding a format launched in July in its hometown of Minneapolis.

The tight-lipped Target won’t say how many stores it ultimately thinks it can open in each format, preferring to test and fine-tune the concepts first. In any case, it would take a few years before such a small number of locations could move the needle. But Target is clearly putting a lot of effort into this because, if done right, these formats could be a new source of growth for a retailer whose U.S. comparable sales have stalled, and whose Canadian expansion has been a disappointment so far.

“U.S. consumers are moving back to cities. We have to make sure we have a footprint in that environment,” CEO Brian Cornell told Fortune. “If we have an opportunity and we find the right footprint and the right format, we’re going to follow the consumer.”

The new format push comes as plenty of rivals, from Wal-Mart Stores to Ulta Beauty, and Kohl’s to grocer Wegmans also discover the benefits of smaller formats. Wal-Mart last week said it planned to open 200 more smaller-format Neighborhood Market grocery stores next year, bringing the total to 700 or so. It is easy to see why: While Walmart’s super centers have struggled, comparable sales at its smaller stores have risen for 15 straight months.

Target to Open 'Smallest Location Ever'