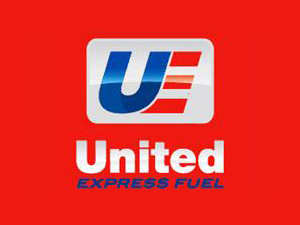 As reported in a Raymond James/CSP Daily News Flash, upon completion of the transaction, United will operate as a new business unit under Albertson's  company structure. Robert Taylor, current CEO, will continue to lead United in his new capacity of president, reporting directly to Bob Miller, CEO of Albertson's.

Terms of the transaction, which the parties expect to close in October subject to customary government approvals, were not disclosed.

"United has built an exemplary operation in Texas, complementary to our own go-to-market strategy in many respects," said Miller. "The family and leadership team have done a tremendous job in establishing and perpetuating a remarkable service culture and commitment to fresh, quality foods throughout their stores, even as they've grown. They've also developed strong community programs that have engaged team members and given back tremendously to their Texas communities, just as our Albertsons stores do every day. Our team feels there is an exceptional opportunity to invest in and grow their brands."

Matt Bumstead, United Co-President and ownership family member, said, "We are grateful for and humbled by the 97 years we have had to be a part of United's mission of service. With this ownership transition, we see a chance for United's impact and legacy to grow for decades to come. With the strength and stability Albertson's LLC have to offer our team members, we believe that this new ownership, working with our world-class team, can take United's vision and mission to places and levels previously beyond our reach."

The Lubbock, Texas-based chain, which had been family-owned since 1916, will continue to operate much as it does today following the acquisition. United will continue to make decisions locally, similar to the other operating divisions in Albertson's LLC.

This transaction is expected to be complete by the end of October, subject to customary government approvals.

Boise, Idaho-based Albertson's operates 76 stores in Texas, the majority of which are in the Dallas-Fort Worth Metroplex, and has more than 600 stores companywide. After the acquisition is complete, Albertson's will operate approximately 650 stores and 11 distribution centers in 16 states.