BENTONVILLE, Ark. -- After more than a year of planning and intense media curiosity, the Walmart to Go convenience store "quietly" opened in Bentonville, Ark., on March 15, with the grand opening set for March 19, reported The City Wire. It is Wal-Mart Stores Inc.'s new effort to capture a different and growing element of the retail market. 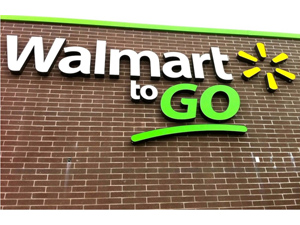 Walmart partnered with Bentonville Butcher & Deli to operate a deli counter in the back of the store. There are soda and frozen drink fountains, milk shakes and full coffee bar.

The store offers beer and wine in a walk-in cooler, as well as frozen food.

The small grocery component includes five aisles with hundreds of packaged foods and nonfood items from breakfast cereals to dog food and diapers. Shirley's Flowers has a fresh flowers kiosk near the front doors next to the Hallmark Cards. The store also has Krispy Kreme doughnuts, magazines, books and an ATM, as well as interior and exterior seating areas.

The center of the store closely resembles a traditional c-store with cashiers in a corral with a wide range of tobacco products.

Click here to view the full City Wire report and to view a slideshow of Walmart to Go.

The retailer is testing an online grocery delivery service with a similar name, WalmartToGo.com, said a report by Arkansas Business. Wal-Mart spokesperson Deisha Barnett told the newspaper that the Walmart to Go c-store is a "one-off project."

"It's a convenience store test concept," she said. "We're not planning any more across the country."

Bill Simon, Walmart U.S. president and CEO recently said that its "small-store expansion … including fresh, pharmacy and fuel, will help us usher in the next generation of retail." In what industry observers have pegged as a strategy to quell competition from the dollar-store channel, Wal-Mart has announced that it is significantly accelerating its capital plan for U.S. small-store format openings for the current fiscal year.

Bentonville, Ark.-based Wal-Mart Stores has 10,942 stores under 71 banners in 27 countries and e-commerce websites in 10 countries, with fiscal-year 2014 sales of more than $473 billion.

Wal-Mart Sees 'Next Generation of Retail' in Small Formats (Slideshow)

Why Convenience Stores are a Good Idea for Wal-Mart