EL SEGUNDO, Calif. -- Grocery chain investor Yucaipa Cos. is moving ahead with the planned acquisition of 150 of the 200 Fresh & Easy Neighborhood Market small-format grocery stores after no competitors stepped up to bid against it, reported Dow Jones. 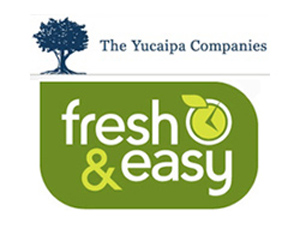 A planned bankruptcy auction was called off due to the absence of competition for the stores being sold by British parent Tesco PLC, according to a filing Friday with the U.S. Bankruptcy Court in Wilmington, Del., cited by the news agency.

Stores included in the sale are the survivors of Tesco's unsuccessful foray into the U.S. grocery market, a string of moderately priced healthful- and prepared-food outlets in California, Arizona and Nevada. The British retailer said it put billions behind the launch of Fresh & Easy, but was forced to exit due to continuing losses.

The Fresh & Easy takeover is being financed, in part, by Tesco, said the report, as part of an arrangement that preserves most of the jobs and most of the remaining stores.

Yucaipa still must get a judge to sign off on the deal before it closes, Dow Jones added.

Some landlords have filed objections, quarrelling with the amount of back rent due specified in sale documents or demanding evidence the Yucaipa takeover will be adequately capitalized. Fresh & Easy is expected to field those objections at a court hearing Friday, where it will ask a bankruptcy judge to endorse the sale.

And although Yucaipa has made no official announcement, previous reported indicated that Jim Keyes, the former CEO of 7-Eleven Inc. and Blockbuster Inc.--and who owns the Wild Oats natural foods brand (formerly a retail brand attached to more than 100 grocery stores, which Whole Foods Inc. acquired in 2007)--will serve as CEO under the new ownership. The stores are expected to re-launch the Wild Oats as an in-store brand. It is not known whether the chain will keep the Fresh & Easy name or rebrand.

Stores shuttered before Fresh & Easy filed for bankruptcy protection, along with some other real estate, are slated to go up for auction in the Chapter 11 proceeding, with a starting offer of $41.5 million from an affiliate of Fortress Investment Group LLC.

Additionally, Fresh & Easy is auctioning rights to deal with leases at stores that aren't going to Yucaipa, as part of the plan to tamp down debts that will need to be paid in bankruptcy.

Fresh & Easy, with headquarters in El Segundo, Calif., opened its first stores in Nov. 2007 and has 200 locations in California, Nevada and Arizona. The company employs more than 5,000 people, including 1,300 at its distribution and manufacturing facilities in Riverside.

Los Angeles-based Yucaipa is a major investment firm that has established a record of fostering economic value through the growth and responsible development of companies. Founded in 1986 by Ron Burkle, the firm has completed mergers and acquisitions valued at more than $30 billion. As an investor, Yucaipa works with management to strategically reposition businesses and implement operational improvements, resulting in value creation for investors.