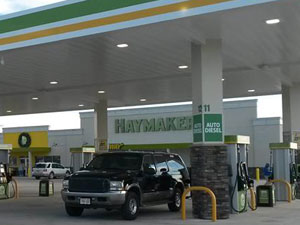 A subsidiary of the Harris Teeter grocery store chain has purchased three potential convenience-store and fuel-center sites in Wake and Durham counties in North Carolina, signaling that "The Triangle" could be the company's next big push with gasoline retailing, reported The Triangle Business Journal.

The same entity paid $750,000 in January for the existing Sunoco Food Mart between south Raleigh and Fuquay-Varina, N.C., and it paid $635,000 for a lot in a shopping center in Wake Forest, N.C., both near existing Harris Teeter grocery stores.

Harris Teeter spokesperson Lea Ramsey declined to comment to the newspaper on the transactions.

The Matthews, N.C.-based Harris Teeter--now owned by supermarket and c-store retailer The Kroger Co., Cincinnati--has approximately 230 locations. It opened its first gas station in November next to a new grocery store in Fort Mill, S.C. The chain opened two more gas stations in December and January, one in Harrisburg, N.C., and another next to a new Harris Teeter store in Pinehurst, N.C.

With its eye on the convenience-store market, supermarket and gasoline retailer H-E-B is moving forward with plans to construct a 7,416-square-foot convenience store and gas station in its home base of San Antonio, The San Antonio Business Journal said recently, citing a Virtual Builders Exchange report.

Including the store and fuel-pump area, the site’s total floor plan will cover 10,296 square feet, with 2,880 square feet dedicated to a Wendy’s fast-food location.

It is common for H-E-B stores to have a fuel center with a kiosk occupied by an attendant who handles gas for cash transactions and snack sales; however, this convenience store is a block away from the supermarket, making it the company’s first full-sized, standalone convenience store, Virtual Builders Exchange said.