DALLAS & ROCKLAND, Mass. -- It’s a deal that makes sense. 7-Eleven Inc. on Monday entered into a deal to acquire Tedeschi Food Shops, the 92-year-old, family-run traditional convenience-store chain with fuel at only 15 of its 182 locations. 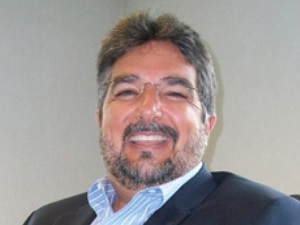 As reported first in a 21st Century Smoke/CSP Daily News Flash, the deal more than doubles 7-Eleven’s footprint in Greater Boston and New Hampshire, where it currently operates and franchises 164 c-stores.

Tedeschi is best known for its popular CEO and president Peter Tedeschi, who in addition to his business responsibilities has played an active role on the NACS board, lobbying and speaking on behalf of the convenience-store channel.

That Tedeschi has sold is not surprising, nor was its suitor.

Once the Rockland, Mass.-based Tedeschi Food decided last fall to explore all options, including its potential sale, the outfit needed a partner comfortable with the particularities of the New England retail landscape, from absorbing a chain not only lacking a strong fuel program, but one that plays in a state largely governed on the local level, resulting in uneven regulation.

That is why in a burgeoning climate of master limited partnerships (MLPs) and sizzling multiples fueled by historically low interest rates, Tedeschi’s ultimate purchaser was not going to be an Energy Transfer Partners (ETP) or CST Brands or GPM Investments.

Rather, Tedeschi would need someone seemingly old-fashion. It would need a traditional convenience-store chain that would appreciate Tedeschi’s neighborhood marketing appeal, its presence in the suburbs of Massachusetts and New Hampshire.

And that’s where 7-Eleven fits seamlessly. In an era of soaring store sizes ranging 5,000 to 7,000 square feet, both 7-Eleven and Tedeschi play comfortably in more modest formats typically topping out at 3,000 to 3,500 square feet. In addition, 7-Eleven has long been a player at ease operating without fuel in urban markets and busy neighborhoods.

In short, the templates are highly compatible and 7-Eleven already possessed the knowhow to navigate through the labyrinthine maze of Massachusetts’ local laws.

“This move was made possible by 7-Eleven reinvesting the return from previous successful acquisitions to continue the company’s growth as the world’s largest convenience retailer,” said Reynolds. “These high-volume, high-performing locations complement our existing real-estate portfolio in the Boston, Massachusetts and New Hampshire area.”

While neither party discussed specific financial terms other than that they expect the transaction to close in the coming months, for both retailers, the deal is significant in different ways.

It was only a few years ago that 7-Eleven was tearing through the country, pouncing on scores of acquisitions. From 2011 to 2013, 7-Eleven’s voracious appetite for deal-making played out through the country, including such notable deals as Wilson Farms, the 188-store Buffalo, N.Y., outfit; Prima Marketing, the 76-unit West Virginia business; and the Speedy Stop and Tigermarket deals that fed 7-Eleven an additional 143 locations and a fuel distribution to roughly 150 dealer-operated sites in Texas.

Overall, 7-Eleven completed more than 10 deals of scale during that cycle. Since then, however, the company has been quiet on the M&A front—until Monday.

For Tedeschi, the deal closes a chapter that begins in the early 20th century, when Angelo Tedeschi opened his first store in Rockland, Mass., in 1923. Over the decades, the company operated traditional neighborhood stores and purchased other local operators including Li’l Peach and Store 24 in the mid-1990s and early 2000s.

Most recently, Tedeschi had grown annual sales to more than $600 million and expanded its foodservice offering, rolling out a number of proprietary brands including TD’s Deli, Tedeschi Fresh Foods, Tedeschi Select, as well as Tedeschi Fuel.

Operating a network that included many smaller, legacy locations, Tedeschi in recent years embarked on a competitive capital campaign, opening new locations and remodeling many sites, including near Boston’s Fenway Park and Boston’s fabled North End.

For its efforts, Tedeschi received a "Leader in Foodservice" award at FARE 2014, produced by CSP Business Media LLC. Award winners represent the leading innovation and best-in-class practices found in the foodservice segment across channels.

As Peter Tedeschi was wrapping up what had been a very emotional day Monday, he was at peace with a decision that consumed him and his extended family for months. He was satisfied that he had fought and secured continued employment for the overwhelming majority of his 2,000-plus employees.

“7-Eleven’s interest in our company is reflective of the legacy that was built by those before us, and protected and enhanced by our wonderful employees,” Tedeschi told CSP Daily News. “If ours is a recipe for success, our employees are the secret ingredient.”