MONTREAL -- Alain Bouchard admitted Wednesday that he and other Couche-Tard executives wanted to "get their hands on" Hess' network of convenience stores on the U.S. East Coast. But the price was "too high" in Bouchard's eyes, he told attendees at the event put on by Quebec's leading private economic development organization. 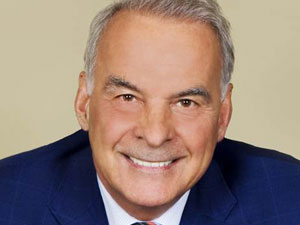 The president and CEO of convenience retailer Alimentation Couche-Tard Inc. made the remark during a Board of Trade of Metropolitan Montreal business luncheon on May 28, reported Le Journal de Quebec.

Marathon Petroleum Corp. subsidiary Speedway LLC earlier this month announced that it would acquire Hess Retail Holdings for $2.874 billion. Hess is the largest operator of c-stores along the East Coast and the fifth largest in the United States by number of company-operated sites with 1,256 stores located in 16 states. Speedway is the nation's fourth-largest c-store chain by number of company-owned and -operated sites with approximately 1,480 stores located in nine states. The combined business will have revenues of more than $27 billion, 6.2 billion gallons of annual fuel sales, and $4.8 billion of annual merchandise sales at more than 2,700 retail locations.

Industry observers had expected Couche-Tard to make a play for Hess since early 2013 when Hess announced that it was looking to shed its downstream business and become a pure-play exploration and production (E&P) company.

"We were there, but the return on investment was not there," Bouchard said. "Marathon paid several million dollars more than the amount [Couche-Tard] was willing to offer," he said. He added that the company wants a quick return on its investment following an acquisition.

Meanwhile, Bouchard spoke on the history of the company he created. Beyond the convenience store industry, however, he was highly critical of the government of Quebec, saying that the province has spent too much for too long, and is too willing to listen to special-interest groups. He also said that the province needed to do more to produce entrepreneurs and to create wealth, said the report.

Laval, Quebec-based Couche-Tard is one of North America's largest convenience store operators with more than 6,200 locations operating under the Couche-Tard, Mac's (in Canada) and Circle K (in the United States) brands. In Europe, it operates approximately 2,275 Statoil Fuel & Retail stores across Scandinavia, Poland, the Baltics and Russia.

Will Couche-Tard Make Play for Hess?