ANKENY, Iowa -- Hoping that it will serve as a "springboard" for more expansion in the region, Casey's General Stores Inc. has announced that it has signed an asset purchase agreement to acquire 24 Stop-n-Go locations in North Dakota and Minnesota. 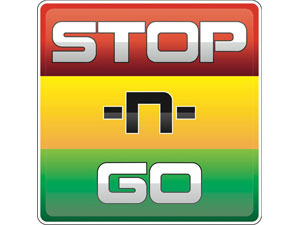 "We are excited about the opportunity to acquire the Stop-n-Go chain as they are a well-managed and established group of stores in a relatively new market area for Casey's," said Robert Myers, president and CEO. "This acquisition will be accretive to earnings in the first year of operation and will provide future earnings enhancements as we realize operating efficiencies and integrate our prepared food operations."

He continued, "We hope this acquisition serves as a springboard for more Casey's locations in the area as we continue to look for opportunities to build and buy stores in the Upper Midwest."

The acquisition will likely be finalized in early May, Bill Walljasper, senior vice president and CFO for Casey's, told InForum. "We have been eyeing for several years, trying to expand into that area," Walljasper said. "We certainly noticed Stop-n-Go as a very strong competitor. We're always looking for an opportunity to build or buy."

The 24 stores will be rebranded as soon as the sale is finalized, he said. Casey's will remodel many, if not all of them, adding in Casey's prepared food operation that includes fresh-made pizzas, made-to-order sub sandwiches and doughnuts.

The chain touts its fresh baked buns as "the best buns in town." It also promotes "Magnificent Muffin Monday," "Car Wash Tuesday" and "Fountain Pop Friday." The stores have delis, but no major quick-service restaurant (QSR) presence, and the gasoline dispensers do not offer pay at the pump.

Executives at Stop-n-Go did not respond to a CSP Daily News request for comment by press time.

The acquisition is subject to certain regulatory approvals and other customary closing conditions, including the company's receipt of satisfactory inspection reports related to the stores. The company expects the transaction to close in May 2014, and it will be funded by a combination of existing cash and operating cash flow.