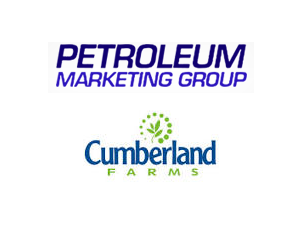 As reported in a 21st Century Smoke/CSP Daily News Flash, PMG will continue to operate the sites—located in New Jersey, Delaware and Pennsylvania—as convenience stores and expects all workers to stay on with the new ownership.

The purchase increases PMG’s retail presence in the region. In April 2013, PMG became the area developer for the Circle K brand in key areas of New Jersey. Already committed to branding Circle K at six company-operated stores in New Jersey, PMG opened the first Circle K brand store in Monmouth Junction in February 2014. The store is owned and managed by PMG, which will continue establishing the brand at qualified locations within its New Jersey network, as well as with other qualified businesses expressing an interest in the Circle K brand within New Jersey.

At press time, it was not known how the Cumberland Farm stores would be branded after the completion of the acquisition. Executives from PMG referred all inquiries about the acquisition to Cumberland Farms. The price of the transaction was not disclosed. Both chains are part of CSP's inaugural Convenience Top 101 list.

In an exclusive statement to CSP Daily News, Derek Beckwith, a spokesperson for Cumberland Farms, said, “Cumberland Farms has entered into a strategic agreement with Petroleum Marketing Group (PMG) to sell a total of 27 locations in New Jersey, Pennsylvania and Delaware. As part of the agreement, driven by Cumberland Farms’ commitment to its employees, team members working in these stores will have the opportunity to continue employment with PMG, which plans to continue operating these locations as convenience stores.”

While the announced sale suggests Cumberland Farms is no longer focusing on New Jersey, Delaware and Pennsylvania, Beckwith would only say, “The company’s strategic plan is to continue its operations and growth in the New York, New England and Florida markets.”

Cumberland Farms is the largest convenience store chain and gasoline marketer in the Northeast. Its network of retail stores, gas stations and a support system including petroleum and grocery distribution operations spans 11 states across the Northeast and Florida.

With 85 company-owned and -operated stores, plus more than 500 operated by dealers and commissioned agents in Virginia, Maryland, Washington, D.C., and New Jersey, the Petroleum Marketing Group bills itself as one of the largest multibranded petroleum dealers in the Mid-Atlantic region. The company distributes fuel to all dealer sites and its commission agent sites.