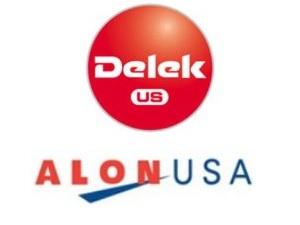 “We are excited about this opportunity to invest in Alon USA as it broadens our asset diversity while offering future growth opportunities. We would like to thank Alon Israel's management team for their support and efforts in this transaction, and we look forward to working with Alon USA’s board of directors and management team to create further value together in the future,” said Uzi Yemin, chairman, president and CEO of Delek US.

Prior to commencing negotiations with Alon Israel, Delek US entered into a stockholder agreement with Alon USA. During the first year following the closing of this transaction, the agreement allows Delek US to acquire up to 49.99% of the outstanding shares of Alon USA at its discretion, with additional ownership above this threshold subject to approval of Alon USA’s board of directors. The stockholder agreement will expire on the first anniversary of the closing of this transaction, and Delek US will then have no further restrictions on ownership in Alon USA.

The companies said that they expect the transaction to close in the second half of May, subject to customary governmental and other third-party approvals.

Dallas-based Alon USA Energy, a unit of Yakum, Israel-based Alon Israel, is an independent refiner and marketer of petroleum products, operating primarily in the south central, southwestern and western regions of the United States. Alon owns 100% of the general partner and approximately 82% of the limited partner interests in Alon USA Partners LP, which owns a crude oil refinery in Big Spring, Texas. It also directly owns crude oil refineries in Krotz Springs, La., and in Bakersfield, Calif. Alon USA Energy is the largest 7-Eleven licensee in the United States and operates approximately 300 convenience stores in central and west Texas and New Mexico. Alon Brands Inc. is the retail and branded marketing subsidiary of Alon USA Energy.

Could Delek US Acquire Alon USA?