DALLAS & HOUSTON -- "Driven by the desire to accelerate Sunoco LP's exposure to the fast-growing retail business with its exciting backlog of organic growth opportunities and strong EBITDA performance," Energy Transfer Partners LP (ETP) announced that it is selling 100% of Susser Holdings Corp. to Sunoco LP for approximately $1.934 billion. 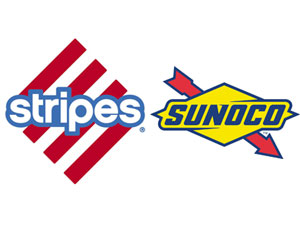 ETP owns the general partner, 100% of the incentive distribution rights (IDRs), or share of cash flow, and approximately 44% of the limited-partner interests in Sunoco LP, as well as 100% of Sunoco Inc. and 100% of Susser Holdings Corp. (acquired in August 2014), making the sale a "dropdown."

The size of this transaction reflects the "structural simplicity" of a single drop of a corporate entity into Sunoco LP and ultimately its wholly owned corporate subsidiary, Susser Petroleum Property Co. LLC.

For Sunoco LP, the addition of significant size and scale will deliver new organic growth opportunities and enhance its ability to focus on a broad range of third-party acquisition opportunities, ETP said.

The companies expect the transaction to close on August 1, subject to customary conditions.

Sunoco Inc., Philadelphia, markets motor fuels through more than 4,900 Sunoco-branded gas stations and convenience stores in 26 states, mainly east of the Mississippi, from Maine to Florida and west to Wisconsin and Louisiana. This includes more than 430 company-operated locations, along with more than 4,000 independently owned and operated dealers and distributors. It also has more than 650 APlus branded c-stores that are company-operated and operated by third-party dealers.

Simultaneously with this transaction, ETP and Energy Transfer Equity (ETE)--which owns the general partner and 100% of the IDRs of ETP--have announced a transaction in which ETP will transfer the general partner (GP) interest and IDRs of Sunoco LP to ETE in exchange for 21 million ETP units held by ETE. The transaction represents a current value of approximately $1.2 billion.

Following this transaction, Sunoco LP will no longer be consolidated for accounting purposes by ETP, but instead will appear in the consolidated financial statements for ETE.

"These transactions are a strong endorsement by ETE and ETP of Sunoco LP's current and future success and a validation of its business strategy and model," ETP said.

Sunoco LP, Houston, is a master limited partnership (MLP) that distributes motor fuel to convenience stores, independent dealers, commercial customers and distributors. It also operates more than 150 c-stores and gas stations. It conducts its business through wholly owned subsidiaries, as well as through its 31.58% interest in Sunoco LLC, in partnership with an affiliate of ETP. 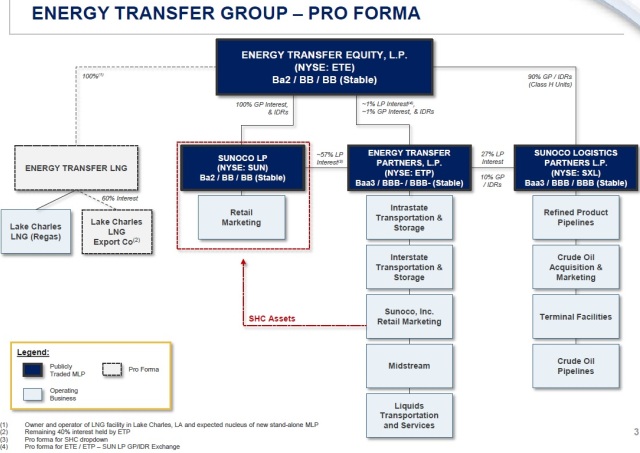