SCOTTSDALE, Ariz. -- Although there were no blockbuster merger and acquisition deals in the convenience store industry announced during the third quarter of 2013, some significant transactions occurred. 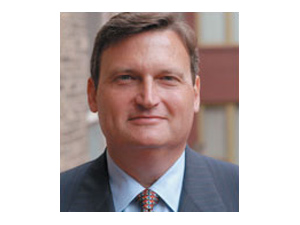 GPM Investments LLC closed on its purchase of the Southeast Division of VPS Convenience Store Group LLC, consisting of 263 company-operated and 33 dealer locations. Many of the major c-store operators, such as Susser Holdings Corp., Casey's General Stores Inc. and Wawa Inc., continued their aggressive strategies of new-store development in existing and new markets. Other major retailers, such as The Pantry Inc., continued their store-optimization programs by either remodeling profitable stores or closing underperforming locations.

There was also significant activity in the master limited partnership and initial public offering arenas, with a number of companies going public during the quarter, including Phillips 66 Partners LP, Western Refining Logistics LP and Murphy USA Inc.

Lehigh Gas Partners, Allentown, Pa., closed on two significant acquisitions in Tennessee, which was a new market for Lehigh. Those acquisitions added nearly 50 properties to its portfolio. Some of the major industry participants, such as Alimentation Couche-Tard/Circle K and 7-Eleven Inc., were relatively quiet during the quarter, but based upon comments from the chief executives of both companies, their commitment to growth through acquisitions remains strong. It will also be interesting to see how the Hess Corp. drama plays out and whether its network of 1,360 gas stations will be sold or spun off into a separate business.

One recurring trend that we have continued to witness is the resilience of the c-store industry in general and the apparent limitless appetite for buyers who are looking to acquire quality stores in good locations with solid financial performance. Based on recent publicly announced transactions with which we are either familiar or in which we have been involved, the demand for quality c-store assets has far outstripped the supply, and the EBITDA multiples that buyers are paying for such assets have either remained at high levels or even increased in recent months. It will be interesting to observe whether these trends continue.

On to the news from the third quarter:

Hess Corp., New York, retained Goldman Sachs Group Inc. to sell its gasoline station network, which consists of approximately 1,360 stations located in 16 Eastern states. More than 90% of the stores are company-operated and include c-stores. It is our understanding that an offering memorandum has been prepared and is being reviewed by a select group of potential purchasers. Estimates of the value of the gas station portfolio have varied widely among industry analysts, ranging from $1.2 billion to as much as $3.4 billion. Although Hess hired Goldman to explore the sale of its retail network, the company has indicated that it may elect to pursue a spinoff of the network into a separate business instead.

In an interview with Bloomberg, Toshifumi Suzuki, the CEO of 7-Eleven's parent company, Seven & I Holdings Co., said that the company has a renewed focus on growth in the United States. Suzuki stated that 7-Eleven will raise the quality of stores and will continue its emphasis on acquisitions.

7-Eleven, Dallas, opened a new high-tech store in the heart of New York City's Financial District. The store has seating for 25 people, touchscreen ordering from a made-to-order café and flat-screen TVs. The store, which opened in July, seems to be redefining New Yorkers' perceptions about c-stores.

Although no new significant acquisitions were announced by Alimentation Couche-Tard/Circle K during the third quarter, president and CEO Alain Bouchard stated during an investor conference call that the company continues to be active on the acquisition front and that there are currently several opportunities under review.

Although there has been widespread speculation that Couche-Tard, Laval, Quebec, would be a potential acquirer for Hess Corp.'s retail network, the company has not publicly commented on those rumors. Couche-Tard acquired two company-operated stores and completed the construction of eight new company-operated stores for a total of 47 new stores during fiscal year 2013.

Tesoro Corp., Houston, completed the sale of all of its interests in Tesoro Hawaii LLC to Hawaii Pacific Energy LLC for approximately $225 million, which includes net working capital. Tesoro Hawaii operates the Kapolei refinery, a network of about 30 retail stations and associated logistical assets. Hawaii Pacific Energy LLC is a wholly-owned subsidiary of Par Petroleum Corp. of Houston.

Getty Realty Corp., Jericho, N.Y., announced that it has been successful in repositioning most of the properties previously leased to Getty Petroleum Marketing Inc. (GPMI), which had been the largest tenant of Getty Realty prior to the bankruptcy filing of GPMI and the subsequent rejection of its leases with Getty Realty. During the first six months of 2013, the company sold 77 properties, including two terminals for $26.7 million, primarily through NRC Realty & Capital Advisors, Chicago, which was engaged by Getty Realty to handle the sale. Subsequent to June 30, the company has sold an additional three properties for $24.5 million and one terminal. Since the beginning of 2012 through August of 2013, Getty Realty has sold 134 properties, and currently has 141 properties classified as held for sale.

Although the second and third quarters of 2013 were relatively quiet in terms of merger and acquisition activity, the fourth quarter is usually the busiest, as companies attempt to meet their growth targets for the year.

We are aware of a number of large, high-profile transactions that are in the pipeline that should close in the fourth quarter. Several of those transactions involve West Coast real estate and are likely to bring eye-popping EBITDA multiples.

It would seem likely that the Hess Corp. drama will play out during the fourth quarter as well. It would not be surprising to see a number of transactions go under contract early in the quarter and close by year's end. We've already seen major activity with Sunoco Inc.'s recent purchase of Mid-Atlantic Convenience Stores. It will be interesting to see how the remainder of the year unfolds.

Dennis L. Ruben, executive managing director of NRC Realty & Capital Advisors LLC, contributes an annual and quarterly column to CSP, analyzing mergers and acquisitions and key economic trends in the convenience channel. He can be reached at dennis.ruben@nrc.com. He will also headline the Capital Markets Symposium at the 2013 Outlook Leadership Conference, Nov. 9-12 in Scottsdale, Ariz.