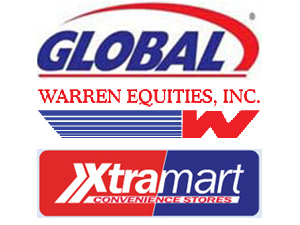 "By increasing our footprint in the Northeast and broadening our presence to the mid-Atlantic, the Warren platform provides significant opportunities to drive additional volumes and profitability through our network," said Eric Slifka, the partnership's president and CEO. "The completion of this transaction further strengthens our growing retail business with its stable rental income and recurring convenience store margins."

He added, "We look forward to welcoming the Warren Equities' employees to our team."

Warren Alpert founded Warren Equities in 1950. He grew the business through acquisitions of heating oil and fuel distributors in the 1950s and 1960s, and in 1962, he acquired his first terminal. In 1977, the company opened its first Xtra Mart convenience store, and over the next 25 years, the company continued to expand through acquisitions and would rebrand its newly acquired stores to the Xtra Mart brand. Over the last 25 years, it sold its wholesale grocery business, its heating oil business and its fuel terminals and concentrated on growing its retail convenience store operations and dealer business. Alpert passed away in 2007, and since that time, his nephew, Herb Kaplan, who serves as chairman, and Gus Schiesser, who serves as president, are managing the company, which is based in Providence, R.I.

A publicly traded master limited partnership (MLP), Waltham, Mass.-based Global Partners is a midstream logistics and marketing company that owns, controls or has access to one of the largest terminal networks of petroleum products and renewable fuels in the Northeast. It also is one of the largest distributors of gasoline, distillates, residual oil and renewable fuels to wholesalers, retailers and commercial customers in New England and New York. It is a leader in the transportation of crude oil and other products by rail across its "virtual pipeline" from the mid-continental United States and Canada to the East and West Coasts for distribution to refiners and others. With nearly 1,500 locations, primarily in the Northeast, it also is one of the largest independent owners, suppliers and operators of gas stations and convenience stores.

Global Partners 'Had Its Eye' on Warren Equities