RICHMOND, Va. -- Effectively taking Sun Capital Partners Inc. out of the convenience store business with the sale of what remained of its c-store portfolio, GPM Investments LLC has entered into a long-expected agreement to purchase the Midwestern division of VPS Convenience Store Group LLC, which operates the Village Pantry and Next Door Store brands. 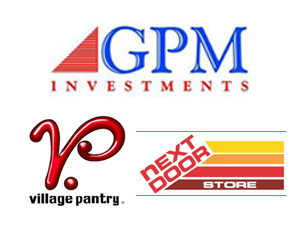 This transaction adds to GPM's acquisition of the Southeast operations of VPS in August 2013, which included 263 convenience stores under the Scotchman, Young's, Li'l Cricket, Everyday Shop, BreadBox and Cigarette City names. Those stores are now a division of the company called GPM Southeast. They are located in North Carolina, South Carolina, Tennessee and Virginia.

GPM would not comment on why the deal was split into two parts over a period of years.

As reported in a 21st Century Smoke/CSP Daily News Flash, this latest deal will include 163 company-operated stores located in the Midwestern United States with 116 stores in Indiana, 10 in Ohio, 30 in Michigan and seven in Illinois.

"The sites will continue to be branded Village Pantry and Next Door Store for the foreseeable future," Chris Giacobone, COO of GPM Investments, told CSP Daily News.

GPM has been in expansion mode and will continue to follow that strategy.

"We have started 2015 with a continued focus on store expansion," said GPM president and CEO Arie Kotler in announcing the deal. "This acquisition is our largest purchase in this region of the country, and we are excited to continue our plan of strategic growth."

GPM recently purchased eight One Stop Stores in North and South Carolina that were previously owned by Arey Oil. GPM is rebranding them to the Scotchman brand. In addition to these eight stores, as well as the previously announced panned acquisition of 43 convenience stores from Road Ranger LLC, GPM will widen its reach to more than 800 stores in a total of 14 states.

"At closing, we will have more than 200 stores in the Midwest across a fairly wide geography," said Giacobone. "This is a new growth market for GPM, and we are absolutely focused on growing this region."

As for future growth, "We currently have concentration in the Southeast, Mid-Atlantic, Northeast and now the Midwest," he said. "Contiguous growth is always easiest, but not necessary. It is more important for us that we continue to focus on deals that allow us to take full advantage of our systems and efficiencies."

Raymond James served as exclusive financial advisor to VPS in connection with this current transaction.

Richmond, Va.-based GPM is one of the largest privately owned companies in the convenience store channel of business. It operates under brand names including Fas Mart, Shore Stop, Scotchman Stores, Young's, Li'l Cricket and BreadBox.

GPM Wraps Up 2014 With Flurry of Acquisitions