DUBLIN, Ireland --Alimentation Couche-Tard Inc.’s acquisition of Topaz Energy Ltd. in Ireland offers insights into the Canada-based retail giant’s goals on a global scale. “We’re on a journey as a company to become the world’s preferred destination for convenience and fuel,” Brian Hannasch, CEO of Couche-Tard, said during the press conference on the deal. 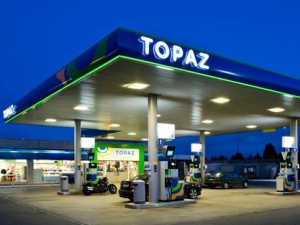 “That doesn’t mean ‘big’ to us--it means truly ‘preferred’,” he said. “We looked at what Topaz was doing here in Ireland, not only when they launched the Topaz brand [and] Re.Store. They are on a journey to become preferred with the Irish consumer--introducing food, healthier products, differentiated products for the consumers in Ireland. We share a very similar dream--to differentiate our products, make the visit easy and provide great customer service. We share a lot of the same DNA on our journey to becoming the preferred brand.”

Hannasch offered some background on the deal.

“We’ve been looking at Ireland for six years,” he said. “Topaz is the premiere operator in the country, and we’re all about that--acquiring great companies and great management teams that are winning and investing in their stores and winning with the customers. We’re here to help further that journey.”

The transaction, which the companies announced last week, also includes Topaz’s recent acquisition of the Esso Ireland, subject to EU Competition Bureau approval. The companies anticipate that the closing will be in February or early March.

Dublin-based Topaz now has 464 gas stations, including those in the Esso network. Of these stations, 162 are owned by Topaz and 302 by dealers.

“It’s a truly monumental day for Topaz,” Emmet O’Neill, Topaz CEO, said at the press conference. “The last few years have been a period of transformation, and we’ve [grown] from an organization that was challenged, that was weak and that had an uncertain future into a business which is the No. 1 operator in the country--extremely well invested, well branded and well respected, and we’re now going further to actually joining the world’s No. 1 fuel and retail convenience operator, that is also well branded, well invested and strong. So it’s a great marriage. We realize we’re the junior partner in the marriage, but we’re actually thrilled to become part of the Couche-Tard family.”

As part of Couche-Tard’s recently announced global brand initiative, Topaz will be rebranded as Circle K.

“We have declared that our global brand is Circle K,” said Hannasch. “We have told the [Topaz] team that will be the brand on the stores. We have to figure out the fuel brand, quite honestly. We’ve got a large dealer network, very independent operators. … So we have to work that out with local management to what is the right strategy from a fuel standpoint in Ireland. And from an Esso standpoint, I think we have the right to use that brand for some period of time.”

Couche-Tard bought Statoil Fuel & Retail in 2012 for $2.8 billion, with a promise for more European expansion. “Three and a half years later, we’re very impressed with the operations of our team here in Europe,” he said. “We’ve done a lot of sharing of best practices and learned from each other, and today we’ve got that platform ready to grow. Certainly, [the Topaz deal] is a big first step in that journey to grow across Europe.”

Couche-Tard has never shied away from acquisitions over the years. “But we certainly believe we are more than just an acquisition story,” said Hannasch. “We focus on convenience and fuel. We have 100,000 employees, so it’s a lot about people doing the right things everyday with the customer, and we focus back on reinvesting in the stores and investing in the people. We think there’s a great opportunity to continue the journey that started here with Topaz in the last couple years.”

He continued, “We’re here [Ireland] to win. But we pride ourselves on being very global. And we recognize that the Irish consumer is different than the Indiana consumer where I’m from, or Quebec, or Oslo. So we learn, we adapt locally. We use local management. There will not be a team of North Americans or Scandinavians coming here. It’s very much about an Irish team, an Irish consumer. And we’ll share in what we do well, learn what Topaz does well, and become a better company for it. We’re in a very local business. Most of our customers live within a very small radius of our stores. [We] understand that, so our mission is to act as locally as we can.”

At the press conference, Jacob Schram, Couche-Tard’s group president for Europe, added, “Three-and-a-half years after [Couche-Tard acquired Statoil], it is the best that could happen to these companies. We have now joined a global family--a very strong financial family--and a company that is 100% dedicated to convenience and fuel. … It is very good at benchmarking, at sharing best practices, sharing best ideas locally, but also understanding what we could do globally to be even stronger, but now united no longer as cousins but now as brothers and sisters within the common brand Circle K. We have a lot of passion for that. Our task now is to include Topaz. I know them, because they were a part of [Statoil] in 2006. We are coming back to a very good company--even better, very strong.”

”We’re very much here to learn,” Hannasch said. “One thing [company founder Alain Bouchard] has taught us along the way is there’s a lot of good ideas out there. … We make it a point to learn from each and every acquisition.”

He concluded, “We’re very optimistic that there are synergies on the cost side, supply chain, fuel side and most importantly, on the intellectual side--the sharing of best practices and ideas from other countries and from our experiences here, and vice versa. That’s where the real prize is.”

In Europe--through its 2012 acquisition of Statoil Fuel & Retail and its 2015 acquisition of Shell Denmark--Couche-Tard operates a broad retail network across Scandinavia (Norway, Sweden and Denmark), Poland, the Baltics (Estonia, Latvia and Lithuania) and Russia. It has 2,217 stores, the majority of which offer fuel and convenience products, while the others are unmanned automated stations that offer fuel only. Couche-Tard operates key fuel terminals and fuel depots in six European countries.

In addition, about 4,700 stores are operated by independent operators under the Circle K banner in 14 other countries or regions worldwide (China, Costa Rica, Egypt, Guam, Honduras, Hong Kong, Indonesia, Japan, Macau, Malaysia, Mexico, the Philippines, the United Arab Emirates and Vietnam) which brings to more than 14,900 the total number of sites in Couche-Tard's network.

Circle K: Behind the Rebrand