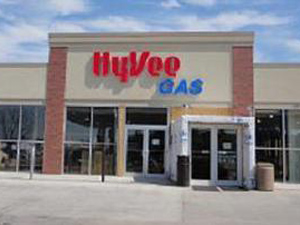 Hy-Vee operates 120 Hy-Vee Gas convenience stores with fuel in the parking lots of its grocery stores, according to CSPedia. The company has 238 grocery stores in eight states.

The company is investing $20.8 million in a new grocery store and adjoining Hy-Vee c-store in Springfield, Ill., as part of the growth strategy, the report said.

Edeker said he saw the potential in the former Kmart site early on. "It was in rough shape," he told the newspaper. "To us, we thought, that's a good spot."

He said that it is not unusual for the Iowa supermarket chain to build in older residential-commercial areas.

It is planning a new store for Bloomington, Ill., in the fiscal year that begins Oct. 1, and land has been purchased for a second store in Peoria, Ill. The company also just announced plans to expanding into the Minneapolis market, said the report.

"We have a capital budget over the next five years equal to this year," said Edeker. "You'll see us continue to focus."

The Springfield supermarket will be open 24 hours. The adjoining Hy-Vee convenience store will be open 5:00 a.m. to 11:00 p.m. seven days a week.

In addition to the supermarket and c-store, the Springfield Hy-Vee includes a Market Grille full-service restaurant, pharmacy with drive-up, a "Health Market" department, wine-and-spirits store with outside entrance, an onsite dietitian and eight chefs

Store director Kyle Thornsbrough told the paper that the store already has drawn foot and vehicle traffic well ahead of Tuesday's opening.