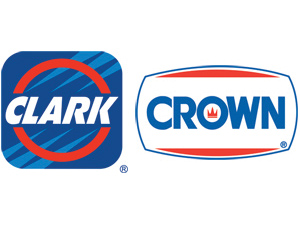 As reported in a Raymond James/CSP Daily News Flash, this new company, a wholly owned subsidiary of Clark Brands, will be the new operating entity for the Crown brand licensing program.

"The combination of the Clark and Crown brands will offer us the ability to grow in our respective markets and leverage our economies of scale for our customers. We have added resources over the past several months to prepare for this transaction, offering increased and improved levels of service for our customers, both Clark and Crown branded. We are excited for the opportunities the two brands offer us, and anticipate new levels of growth as a result," said Stacey Yimet, Clark's COO.

The combination of Clark operations with the Crown brand licensing programs was the next logical step in the growth progression for the two brands, which have been working together for many years, the companies said.

"I am very pleased that Clark and Crown were able to officially put the two brands together under one umbrella to help ensure their long-term growth potential," said Bob Fritz, Crown's general manager. "Crown has worked exclusively with Clark on multiple programs since 2005, and it became evident early on that the synergy was undeniable. I look forward to continuing to work with the team at Clark Crown Brands. "