PHOENIX -- The year 2013 proved to be a very active, surprising one in terms of merger-and-acquisition activity. Although it was not as active as 2012 was in terms of blockbuster transactions, there were a number of significant, notable transactions during the year. Also, a few large transactions involving California real estate that were “on the street” during the year did not appear to close. 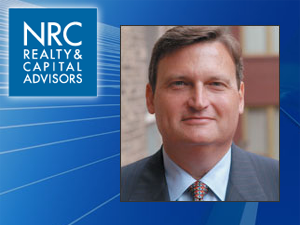 Perhaps the most surprising transaction was the acquisition of Mid-Atlantic Convenience Stores (MACS) by Sunoco. Most industry observers had been speculating that Energy Transfer Partners, Sunoco’s new owner, would most likely spin off or sell Sunoco’s existing retail network. Instead, Sunoco chose to “double down” on the retail sector by adding MACS’ 300 c-stores in the Mid-Atlantic region. Another surprising acquisition involved Western Refining’s purchase of the ownership interests in Northern Tier Energy, which includes the SuperAmerica retail assets, consisting of 163 company-operated c-stores and 74 franchised locations.

Another story that partially unfolded during 2013 was the future of the retail network of Hess Corp. After much debate, the Hess board of directors decided to explore alternatives for its retail system, including the spinoff of the retail assets to shareholders or the sale of the entire retail system to a single purchaser through an M&A process. As of this writing, it is not clear whether the Hess board has made a decision about which path it will take. This saga should come to a conclusion later this year.

The larger industry players, 7-Eleven and Circle K, were relatively quiet last year compared to 2012. That seems to be the result of the lack of large, attractive companies and portfolios to acquire rather than a lack of interest on their part.

GPM Investments completed one of the largest transactions of the year through its acquisition of the Southeast Division of VPS Convenience Store Group, which consisted of 263 company-operated and dealer locations in the Southeast. The acquisition brings GPM’s store count to 467 company stores and 143 dealer locations in 10 states. That is a remarkable achievement based on some of the challenges that GPM had faced previously.

In Part 2 of this series, we’ll summarize the most significant events of 2013 from the perspective of mergers and acquisitions, and capital markets.