SCOTTSDALE, Ariz. -- While big-name deals that included Couche-Tard, The Pantry, Speedway, Hess, CST Brands and Susser Holdings stole the merger-and-acquisition headlines in 2014, there were numerous smaller, but no-less notable transactions throughout the year. 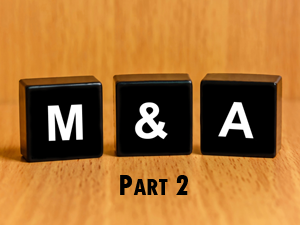 Here’s a look back.

So what are the lessons to be learned from 2014?

Consolidation of the industry will continue and probably accelerate in 2015 and the years ahead. The combination of historic low interest rates coupled with the tax advantages realized by the MLPs (master limited partnerships) should fuel continued consolidation and will probably make it more difficult for non-MLPs to compete effectively for quality companies and portfolios of assets as they become available.

Further, based on conversations we have had with industry operators, it is clear many companies that have never seriously considered selling their businesses are giving it a harder look now, especially in light of some of the “sky-high” multiples that have been paid for many recent acquisitions.

A review of the transactions in 2014 makes it clear that not every transaction will command a high multiple or a significant premium. However, companies that are well run, have good assets in prime areas of the country and provide synergies for potential purchasers will be very attractive candidates for acquisitions by the major players in the industry.

We believe that 2015 could surpass 2014 in terms of acquisitions, and that multiples for top-of-class assets will remain in the high single digits and double digits. It will be an exciting year.