SCOTTSDALE, Ariz. -- The year 2015 represented another extremely active year in terms of merger-and-acquisition activity in the convenience-store industry. Although it seemed inconceivable at the beginning of the year that the pace of acquisitions that occurred in 2014 could be sustained, the number and size of acquisitions that were either announced or closed in 2015 demonstrated the strength of the acquisition marketplace and the voracious appetite for quality assets and companies by the leading industry participants. 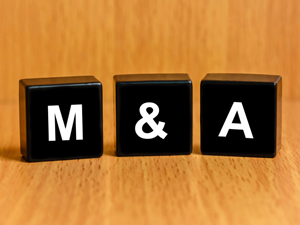 With purchase-price multiples at all-time highs, and in many instances, double-digit multiples for larger, strategic acquisitions, owners of companies who have not generally been interested in selling their companies took another look at their options, and, in many cases, decided that the prices were too good to pass up.

However, it does not appear likely that these lofty multiples will continue for much longer, if at all. Interest rates are starting to rise, and low oil prices are taking a toll on the stocks of most of the master limited partnerships (MLPs) and their affiliates, as well as other industry-related stocks.

It seems likely that this market turmoil will adversely affect purchase-price multiples, as well as the number and type of acquisitions that get done in the near future. More importantly, the ongoing consolidation of the industry and the access to capital of the larger industry players continue to make it more difficult for small- and medium-sized operators to compete effectively for quality assets and companies being sold.

During the panel I moderated at Winsight’s Outlook Conference in November on the financial and capital markets, we went back and looked at the major acquisitions of 50 stores or more that had been done within the past 24 months. Of the 28 transactions that we analyzed, 19 were acquired by tax-advantaged MLPs or their affiliates, five were acquired by major industry players (7-Eleven and Circle K), two were acquired by a private-equity firm (Fortress) and one was acquired by another retail company.

This data serves to reaffirm our view that the industry will likely continue to consolidate in the hands of five to 10 major players with experienced management teams, abundant access to capital and platforms designed for growth.

2015 was a busy year for Alimentation Couche-Tard/Circle K in terms of acquisitions.

In the first quarter, it completed its merger with The Pantry Inc. The all-cash transaction represented a total enterprise value of approximately $1.7 billion including debt and constituted a 27% premium over The Pantry’s closing share price on Dec. 16, 2014. Later in the year, Circle K announced that it was rebranding the 1,500 Kangaroo Express convenience stores to Circle K.

Laval, Quebec-based Couche-Tard also entered into an agreement to acquire Topaz Energy Group Ltd., Ireland’s leading convenience and fuel retailer. Topaz has 464 gas stations in its network, 162 of which are owned by Topaz and 302 by dealers. The deal also includes a commercial fuels operation with more than 30 depots and two terminals. Financial terms of the transaction were not disclosed. The Topaz stores will be rebranded Circle K.

In early 2015, CrossAmerica Partners LP closed on the purchase of all of the outstanding shares of Hudson, Wis.-based Erickson Oil Products Inc. and certain related assets for $85 million. Erickson operates 64 convenience stores in Minnesota, Michigan, Wisconsin and South Dakota, with a concentration in the Twin Cities.

CrossAmerica Partners also acquired the One Stop convenience-store chain based in Charleston, W.Va., consisting of 41 company-operated One Stop convenience stores, four commission-agent sites, nine dealer-fuel-supply agreements and one freestanding franchised quick-service restaurant. For the year ended Dec. 31, 2014, the aggregate 54 sites, which comprised the transaction, sold approximately 36 million gallons of motor fuel and had approximately $40.5 million in inside sales.

In November, San Antonio-based CST Brands announced that it had entered into a definitive agreement to acquire all of the outstanding shares of Flash Foods Inc. of Waycross, Ga., and certain of its affiliates for $425 million. The acquisition, scheduled to close in the first quarter of 2016, includes 164 Flash Foods convenience stores, 21 branded quick-service restaurants, a land bank of 13 real-estate sites to build new-to-industry stores, a merchandise-distribution company and 90,000-square-foot distribution center, and a fuel-supply company.

Late in the year, CST Brands also announced that it was evaluating its strategic options for its California network, which consists of 76 convenience stores. The company’s California stores have historically produced strong fuel results but have underperformed in terms of inside-store sales and gross profit dollars due to the small average store and lot size.

In May, Dallas-based 7-Eleven Inc. entered into an agreement to acquire Tedeschi Food Shops, a 92-year-old, family-run traditional convenience-store chain based in Rockland, Mass. Tedeschi only sold fuel at 15 of its 182 locations, all of which are located in the Northeast. The transaction, which closed in August, more than doubled 7-Eleven’s presence in Greater Boston and New Hampshire. 7-Eleven announced that a rebranding of the Tedeschi locations to 7-Eleven would be gradual, and, for now, the stores will continue to operate as Tedeschi Food Shops.

In July, the company announced that it was selling 25 gas stations and convenience stores in 10 states that did not fit the company’s current business model. NRC Realty & Capital Advisors was engaged by 7-Eleven to coordinate the sale.

In another Texas transaction, subsidiary Susser Petroleum Property Co. LLC was the successful bidder of the assets of Aziz Convenience Stores LLC, consisting of 28 convenience stores throughout Hidalgo County in southern Texas, for a purchase price of $41.6 million. The sale was completed in conjunction with bankruptcy proceedings under chapter 11 filed by Aziz in August 2014.

In December, a subsidiary of Sunoco LP completed the purchase of a wholesale motor-fuel-distribution business from Alta East Inc. for approximately $57 million. The transaction included 32 fee and leased properties, including 30 properties being operated by third-party dealers or commission agents and two non-operating surplus locations.

Sunoco has announced an aggressive growth program and expects to add an additional 40 or more stores in 2016.

Later in the year, Global completed the acquisition of a portfolio of 97 primarily Mobil- and Exxon-branded owned and leased gas stations and seven dealer-supply agreements from Capitol Petroleum Group for approximately $156 million. The properties are located in the New York City and Prince Georges County, Maryland/Washington, D.C., markets.

TravelCenters of America LLC, Westlake, Ohio, had an extremely active year in terms of acquisition activity. Early in the year, it acquired 26 gasoline stations and convenience stores (18 in Minnesota and six in Kentucky) in two unrelated transactions.

During the second quarter, the company acquired 19 gas stations and convenience stores in Missouri and Kansas from GasMart USA, Overland Park, Kansas, for $27 million.

During the third quarter, TravelCenters of America acquired 21 Thoroughbred Energy-branded convenience stores in Kentucky from Traxx Cos. and indicated that it expects to acquire 13 additional leased locations upon the satisfaction of certain conditions by the seller.

TravelCenters of America has indicated that it intends to rebrand all of the stores it is acquiring to its Minit Mart brand.

So, where will the industry go in 2016? Although predictions are always difficult, and usually wrong, I will make a few.

The consolidation trend will certainly continue, but there will likely be fewer bidders willing to pay the whopping multiples that have been paid in the past year or two. Furthermore, owners who have concluded that they can “have their cake and eat it too” by continuing to take advantage of the current cycle of huge fuel margins and big increases in inside sales, and then decide to sell at some point in the future and still obtain big multiples for their companies, may be sorely mistaken and may very well miss this window of opportunity.

We believe that the market may very well have crested and that a more conservative approach to acquisitions may be the rule and not the exception this year.

Of course, there will always be the “exceptional” deal that will command a whopping multiple.  But we believe that these deals will be fewer and farther between.

In the meantime, we continue to believe that the time could not be better for small- and medium-sized owners and operators to take advantage of this incredible acquisition environment and consider whether this is the right time to sell.

Dennis L. Ruben, executive managing director of NRC Realty & Capital Advisors LLC, contributes an annual and quarterly column to CSP, analyzing mergers and acquisitions and key economic trends in the convenience-store channel. He can be reached at dennis.ruben@nrc.com.

More For Sale as Sunoco Picks Up Eight Pico C-Stores