SCOTTSDALE, Ariz. --Beyond mergers and acquisitions, convenience store industry growth and transition come in many forms—new construction, market focuses, bankruptcies and more. Here’s a look at the major activity from 2013 in those area. 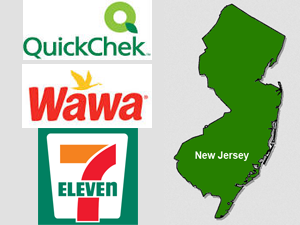 Several major industry players have continued their growth strategies in both existing and new markets.

Getty Realty Corp. continued the process of successfully repositioning the remaining properties in its portfolio that were previously leased by Getty Petroleum Marketing Inc., its lessee that had filed bankruptcy in December 2011. During 2013, the company continued the sale of properties through its sealed-bid sale program with NRC Realty & Capital Advisors LLC and also identified 108 more gasoline stations and properties for sale under this program. The sale of most of those properties closed during the year, with the remainder anticipated to be closed during the first quarter of 2014.

Although most of the transactions that were concluded during 2013 year were private ones in which the purchase prices and EBITDA multiples were not publicly reported, it is safe to assume, based on the information available, that the demand for quality assets and companies remains extremely high and that the demand for such assets far exceeds the supply.

Purchase price multiples for quality assets continue to increase, particularly in certain areas of the country where real-estate prices are high and it is difficult to either find quality locations for new convenience stores or obtain the necessary zoning and permits to build them.

In addition, more lenders and other financial providers are entering the c-store arena or expanding their presence in it, offering reasonable financing terms for qualified operators who want to make acquisitions or grow through new store development. Both the senior debt and sale-leaseback financing markets were robust throughout 2013 and appear to remain active and viable this year as well. All of these factors should make for a very interesting and active 2014 in terms of merger-and-acquisition activity.