SCOTTSDALE, Ariz. -- Let’s be honest, there were no “blockbuster” merger-or-acquisition deals announced during the first three months of 2014, but the quarter was certainly lively in terms of other developments and transactions having a big impact on the convenience store industry. 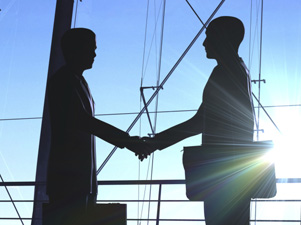 First and foremost was the controversy surrounding The Pantry Inc. and the group of dissident shareholders that attempted to cause a change in the direction of the company and the composition of the board of directors. After nearly three months of accusations and criticisms back and forth between the company and the dissident shareholders, the dissident group was ultimately successful in getting its nominees elected to the board of directors.

It will be interesting to observe in the months ahead what effect, if any, the newly elected board members will have on the direction of the company.

Some of the other most significant developments during the quarter involved the decisions by several major industry participants to conduct an analysis of their real-estate portfolios to determine whether all of their stores continued to make economic sense and fit their business models. CST Brands Inc., 7-Eleven Inc. and Getty Realty Corp. all announced major divestiture programs during the first three months of the year, with the stated objective to rationalize and optimize their real-estate portfolios.

There were certainly several notable M&A transactions that occurred during the quarter, but it seems likely that the majority of the bigger deals of which we are aware will be announced in the third and fourth quarters.

No company in the convenience store industry had more publicity than The Pantry during the first quarter of 2014. A group of dissident shareholders known as “Concerned Pantry Shareholders (CPS)” emerged, announcing that they were “dedicated to maximizing shareholder value and improving corporate governance at The Pantry.”

Toward that end, they nominated their own slate of three directors to replace the current members of the board of directors who were up for reelection at the company’s annual shareholders’ meeting.

The group consisted of JCP Investment Management LLC and Lone Star Value Management LLC, which collectively controlled nearly 2% of The Pantry’s common stock. Both the company and CPS went on a public-relations campaign, issuing a series of statements about their respective visions for the company and the shortcomings of the opposing group’s ideas.

At the annual shareholders meeting held on March 13, CPS’ slate of directors was elected by a significant margin, replacing longtime directors Thomas Murnane and Robert Bernstock, as well as chairman Ed Holman.

She also stated that the company continues to assess its asset base and close convenience stores that are no longer core to its ongoing strategy. As part of that network-optimization analysis, the company has identified approximately 100 stores that are candidates for sale. She also announced that CST Brands has engaged NRC Realty & Capital Advisors LLC, Chicago, to sell the properties, and that they are expected to go to market by the middle of April.

During the first quarter, 7-Eleven Inc. announced that it had engaged NRC Realty & Capital Advisors LLC again in connection with the divestiture of 72 convenience stores in eight states. The retailer determined the stores did not fit the company’s business model. The majority of the sites are located in Texas, South Carolina, Pennsylvania and Ohio.

During their first joint earnings call following Western Refining Inc.’s recent acquisition of the general partnership interest of Northern Tier Energy LP, executives from both companies discussed the possibility of combining and spinning off their respective gasoline station and convenience store networks into a standalone company. Western Refining has 229 gas stations and convenience stores in Arizona, Colorado, New Mexico and Texas under the Giant, Mustang, Sundial and Howdy’s brands, while Northern Tier Energy has 163 convenience stores and 74 franchised locations primarily in Minnesota and Wisconsin, under the SuperAmerica brand.

During the company’s third-quarter 2014 conference call, Alimentation Couche-Tard CEO Alain Bouchard announced that he would be assuming a new role at the company later in 2014. In his new position as founder and executive chairman of the board of directors, he intends to focus on the growth and development of the company, particularly as it relates to mergers and acquisition activity. He also announced that Brian Hannasch would be promoted to president and chief executive officer.

Rumors have been swirling for months about whether Hess Corp. intends to sell its retail network of 1,360 gasoline stations or spin off the retail operation as a standalone company.  Although there has been speculation about interest from various large industry participants, nothing concrete has surfaced to indicate that a sale is imminent.

In fact, the company filed the necessary paperwork with the U.S. Securities and Exchange Commission early this year about the terms and conditions of a spinoff of the retail operation to the stockholders of the parent company. More should be known about the future of the Hess retail network in the months ahead.

Getty Realty Corp. announced that it was divesting 16 urban and suburban gasoline stations, 29 commercial and retail properties formerly used as gasoline stations, and two former fuel terminal sites in a total of eight states. The majority of the sites are located in Massachusetts, New York and Rhode Island. The company retained NRC Realty & Capital Advisors LLC in connection with the sale.

Although we did not witness much M&A activity during the first quarter of 2014, that is not very surprising. Most transactions tend to originate during the second and third quarters of the year, and they tend to close during the last quarter. We are aware of several significant and mostly private transactions being worked on right now that have a high probability of being completed this year.

Based on the transactions in which we have been involved, there still appear to be many more buyers than sellers in the convenience store marketplace. The major industry participants and the master limited partnerships both have access to abundant amounts of capital on very favorable terms, which should serve to increase the number of competitors seeking quality assets and companies, as well as the prices that ultimately get paid for them.