SCOTTSDALE, Ariz. -- Hess Corp.’s decision to sell its retail assets made headlines in 2013, but we didn’t know just how the company would do it until today. Meanwhile, Sunoco’s new owners, Energy Transfer Partners LP, surprised the convenience store industry by growing rather than divesting its store base. Here are the top merger and acquisition deals in the convenience store industry from the past year. 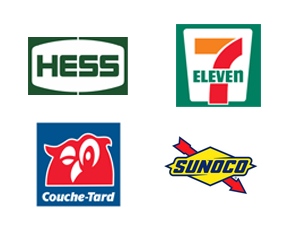 Early last year, an “activist investor” in Hess Corp. urged the Hess board of directors to consider ways to maximize shareholder value, including the possibility of divesting certain assets or forming a master limited partnership (MLP) or a real estate investment trust. The focus was on the company’s approximately 1,360 gasoline and c-store locations in 16 Eastern states. Hess ultimately retained The Goldman Sachs Group Inc. to sell its retail assets. Today we learned that improvement to shareholder value will come in the form of a spinoff of its retail gas station network. The spinoff would be tax free and distribute all Hess retail shares to shareholders in Hess Corp., according to the company. Among industry analysts, estimates of the value of the gas station portfolio have varied widely, from $1.2 billion to as much as $3.4 billion.

Previously, rumors had swirled throughout the industry about potential purchasers for the Hess assets, with the names Alimentation Couche-Tard Inc., Marathon Petroleum Corp. and BJ’s Wholesale Club Inc. surfacing in recent weeks.

Beyond the retail sites, Hess entered into an agreement with Buckeye Partners LP to sell its East Coast and St. Lucia terminal network for $850 million. The company also sold its energy marketing business, which supplies natural gas and electricity to commercial, industrial and small business customers in the Eastern half of the United States, to Direct Energy for $1.2 billion. Hess announced in December that it was selling its commercial fuels business outside of the New York City area to Sprague Resources LP, based in Portsmouth, N.H.

In October, Sunoco Inc. surprised the industry by announcing the purchase, through an affiliate, of Mid-Atlantic Convenience Stores LLC (MACS), which has 300 convenience stores in the Mid-Atlantic region. When Energy Transfer Partners LP (ETP) bought the assets of Sunoco in 2012, there was widespread speculation that ETP would either sell or spin off the retail assets of Sunoco and focus on its pipeline, storage and processing business. The MACS acquisition clearly dispelled those rumors, at least for the moment. MACS had previously entered into an agreement with Circle K in 2012 to become a “brand developer” for Circle K, and the conversion of all of the MACS stores targeted for conversion to Circle K had been completed prior to the consummation of the acquisition. It is unclear how Sunoco will handle the Circle K branding agreement going forward.

Western Refining Inc., an independent refining and marketing company based in El Paso, Texas, entered into an agreement to acquire the ownership interests of ACON Investments and Texas Pacific Group (TPG) in Northern Tier Energy LP for a total consideration of $775 million. Northern Tier Energy’s assets consist of the St. Paul Park Refinery in St. Paul Park, Minn.; other midstream assets; and the SuperAmerica retail assets of the company, consisting of 163 company-operated c-stores and 74 franchised stores located primarily in Minnesota and Wisconsin. Northern Tier Energy had previously completed an IPO as an MLP in July 2012. As a result of this transaction, Western Refining’s operating platform will include refining capacity of 242,500 barrels per day; wholesale distribution of approximately 100,000 barrels per day to customers in the Southwest, Mid-Atlantic and Upper Midwest regions; an integrated network of 458 retail c-stores; and extensive crude oil and refined product logistics assets.

Coming on the heels of a number of initial public offerings (IPOs) in 2012 involving MLPs, several other industry players either commenced the IPO filing process or began an analysis of the merits of using the MLP structure during 2013. Western Refining Logistics LP, a subsidiary of Western Refining Inc., completed its IPO in October. The new company trades on the New York Stock Exchange (NYSE) under the symbol WNRL. Phillips 66 Partners LP, a subsidiary of Phillips 66, launched an IPO as well. The new entity, which trades on the NYSE under the symbol PSXP, will own, operate, develop and acquire primarily fee-based crude oil, refined petroleum product and natural gas liquids pipelines and terminals, and other transportation and midstream assets.

Although 2013 didn’t prove to be the banner acquisition year for 7-Eleven that 2012 was, the company continued its aggressive growth and acquisition strategies during the year. Early last year, 7-Eleven agreed to lease 19 stores in the Cleveland area from Lehigh Gas Partners LP. This transaction added to the other locations in the Cleveland market that it had acquired previously from EZ Energy Ltd. and Handee Marts Inc. The company also announced that it has opened 12 stores in northeast Florida and plans to have 80 locations in the area by 2015. 7-Eleven also closed on the acquisition of 46 locations from CB Mart Inc. in South Carolina. With that acquisition, the company increased its store count in the Carolinas to more than 100; it follows the previous acquisition of 55 Sam’s Mart and 13 Fast Track stores.

During 2013, 7-Eleven announced the sale of 145 sites in six states by sealed-bid sale through NRC Realty & Capital Advisors LLC. In announcing the sale, the company said that the stores did not fit its present business model and strategy. The company also reported that it has added 38 stores across a five-county region in southwest Florida since 2011 and plans to add 40 more locations within the next five years.

Alimentation Couche-Tard Inc., through its subsidiary Mac’s Convenience Stores LLC, completed the acquisition of the assets of Dickerson Petroleum Inc., which consist of 29 company-operated retail locations operating as Gas Mart, as well as 29 wholesale assets. Circle K Stores Inc. entered into an agreement with Albuquerque Convenience & Retail LLC, a wholly owned subsidiary of Phillips 66 Cos., to acquire 23 c-stores in New Mexico. Circle K also closed on the acquisition of 13 c-stores in Florida and Georgia from Publix Super Markets Inc. As a result of these transactions, Couche-Tard’s network in the Southwest division includes 271 company-operated stores and six locations under wholesale or franchise agreements, 414 company-operated stores in the Florida division and 279 stores in the Southeast division.

Susser Holdings opened 10 new large-format Stripes c-stores during the third quarter and closed one smaller store. Through the first nine months of 2013, the company has opened a total of 20 new stores and closed three. The larger-format stores are about 7,000 square feet—twice the industry average—and are designed to accommodate the company’s Laredo Taco Company foodservice program. Susser operates a total of 576 convenience stores in Texas, New Mexico and Oklahoma under the Stripes banner, of which 371 include a restaurant. The company and its affiliate Susser Petroleum Partners LP also have a total of 587 contracted branded sites in the wholesale sector, with 97 consignment locations and 490 other independent branded dealer contracts.

In November, Susser announced that it had agreed to purchase all of the convenience store assets and fuel distribution contracts of Sac-N-Pac Stores Inc. and 3W Warren Fuels Ltd., consisting of 47 c-stores in corridor between San Antonio and Austin. 3W Warren Fuels supplies about 65 million gallons of motor fuel to the 47 Sac-N-Pac locations and to about 20 independent dealer locations. The transaction is expected to close during the first quarter of this year.

GPM Investments LLC acquired the Southeast division of VPS Convenience Store Group LLC, which consists of 263 company-operated stores and 33 dealer locations in the Southeast. GPM also purchased five Get & Zip Convenience Stores from Hurst Harvey Oil Co. Inc., a family-owned and -operated business in Virginia, which brings the total of stores GPM owns in Virginia to 55. As a result of these transactions, GPM operates 467 company stores and supplies 143 dealer locations, for a total of 610 stores in 10 states.