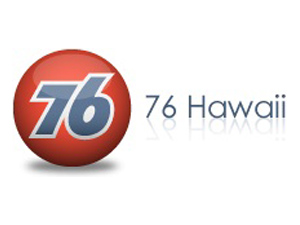 In Sept. 2013, Par Petroleum finalized the acquisition of Tesoro Hawaii LLC, which included the larger of the state's two petroleum refineries, related product storage and distribution assets and 31 Tesoro-branded gas stations and convenience stores on Oahu, Hawaii Island and Maui.

Par Petroleum renamed the company HIE and then formed HIE Retail LLC, which acquired the stations and c-stores.

"I'm excited about what this means for Mid Pac and its employees," said Jim Yates, president and CEO of Mid Pac Petroleum. "The joining of HIE and Mid Pac creates a strong, vertically integrated Hawaii-based refining and marketing company which provides stability for our employees and dealers and strengthens an important energy source for Hawaii."

Yates served as an executive with a former owner of the Kapolei facility, BHP Hawaii. "This is a homecoming of sorts for me, and I'm pleased that Par Petroleum does not foresee making any staffing changes as they welcome Mid Pac employees to their family of companies," he said. "It's also encouraging to be a part of merging two companies with such deep local roots and such longstanding commitments to investing in Hawaii and supporting local nonprofits. This transaction will ensure that those commitments can continue."

As reported in a 21st Century Smoke/CSP Daily News Flash, the companies are still working out the details of the transition. Par Petroleum anticipates finalizing the transaction sometime in third-quarter 2014, subject to regulatory and other approvals.

Par Petroleum is a Houston-based company that manages and maintains interests in a variety of energy-related assets. Through its subsidiaries, it owns and operates a 94,000-barrel-per-day (bpd) refinery located in Hawaii on the island of Oahu. This refinery, together with substantial storage capacity, a 27-mile pipeline system, terminals and retail outlets, provides a substantial portion of the energy demands of Hawaii.

Its largest oil and gas asset is its investment in Piceance Energy LLC, which owns and operates natural gas reserves located in the Piceance Basin of Colorado.

The company also markets, transports and distributes crude petroleum-based energy products. With significant logistics capability on key pipeline systems, a rail car fleet and a fleet of chartered barge tows, Par Petroleum has a competitive advantage in moving crude oil efficiently from land locked locations in the western United States and Canada to the refining hubs in the Midwest, the Gulf Coast and the East Coast, it said.

Mid Pac Petroleum also owns and operates petroleum product terminals and trucking operations in Hawaii and is the first petroleum retailer on Oahu to offer biodiesel.

HIE is a leading provider of transportation fuels in the Islands. It makes and distributes refined petroleum products such as gasoline, diesel, marine fuel and fuel oil.