LAKELAND, Fla. -- In a decision to leave the convenience store business, Publix Super Markets Inc. announced yesterday its decision to sell PIX, the fuel and c-store concept it began testing in 2001, as reported in a Raymond James/CSP Daily News Flash. 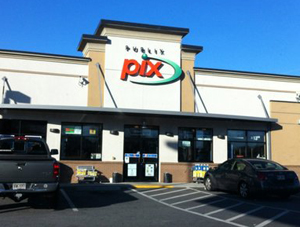 The supermarket chain sold 13 of the sites to Circle K, a wholly owned subsidiary of Laval, Quebec-based Alimentation Couche-Tard, of which 11 are located in Florida and two in Georgia. The other store, located in Tennessee, went to Max Arnold & Sons, a family-owned company located in Hopkinsville, Ky.

“We consistently evaluate our business, including the products and services we choose to offer our customers,” said Ed Crenshaw, CEO for Publix, in a statement. “The sale of PIX locations gives us the ability to remain passionately focused on our core business, our customers and the products and services we offer within our grocery retail environment.”

Echoing Crenshaw’s words, Maria Brous, director of media and community relations for Publix, told CSP Daily News, “We are always evaluating our business and decided to focus on growing our retail environment inside the stores in that [supermarket] footprint.”

Since 2001, Publix edged slowly into the c-store business, basically building two PIX stores a year with a growth spurt in 2008 with five sites. Its last site was built in 2010.

“It’s like sticking your toe in the water and not knowing if you really want to get in,” said consultant Jim Fisher, CEO, IMST Corp., Houston. “I thought Publix would make a big play for it because of its position and strong penetration in the states they’re in.”

Few supermarket chains have succeeded with the c-store format, Fisher noted, naming as examples Pittsburgh-based Giant Eagle and its Get-Go sites along with West Des Moines, Iowa-based Hy-Vee and Cincinnati-based Kroger with their fuel and c-store formats.

“It’s also very difficult to find sites they could retrofit to where the fuel didn’t create conflict with the parking for the existing supermarket,” Fisher said. “Now, moving forward with new stores, that’s a wholly different matter. In that case, you can acquire the land you need.”

Growing competition in the c-store space within that region--from the Carolinas down into Florida--was also becoming populated by aggressive, state-of-the-art c-store formats, Fisher said, with names like Wawa, 7-Eleven, QuikTrip, Thorntons and RaceTrac backing them.

Publix itself does sees growth in its future, but in its comfort zone, having opened two grocery stores in just the past two weeks, Brous said. The company operates in five states and plans to branch into North Carolina in 2014, she said.

Publix said it will help the approximately 120 PIX associates find employment within Publix comparable to their current positions.

The 14 PIX sites are located adjacent to Publix-anchored shopping centers in:

The company said it would retain the PIX name.

Publix is privately owned and operated by its 160,500 employees, with 2012 sales of $27.5 billion. Currently Publix has 1,075 stores in Florida, Georgia, South Carolina, Alabama and Tennessee. NRC Realty & Capital Advisors LLC, Chicago, served as financial advisor to Publix in the transaction.