BROWNSVILLE, Texas -- When you think of the Rio Grande, you think of cowboys branding cattle. But several months after 7-Eleven Inc. returned to the Rio Grande Valley in Texas as part of the Dec. 2012 acquisition of 143 Speedy Stops and Tiger Mart retail locations from C.L. Thomas Inc., it has now officially rebranded the Speedy Stops there, reported The Brownsville Herald. 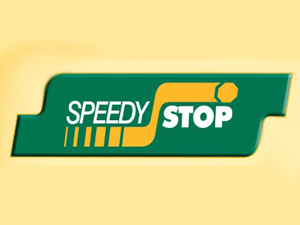 In all, 7-Eleven now has 14 franchise locations in the Rio Grande Valley, said the report, and Angelina's Tacos Caseros has replaced Tacos Frescos at some of those locations.

Company spokesperson Margaret Chabris told the newspaper that 7-Eleven has no immediate plans to add more stores in the Valley, since it already has its hands full integrating its recent acquisitions, but is "always on the lookout for great locations in areas where we already do business."

"We continue to build our presence in a rapidly growing area of the U.S., along the I-35 corridor from north of Dallas/Fort Worth to the Mexican border," Stan Reynolds, 7-Eleven executive vice president and CFO, said when the deal was announced. "We expect to grow to more than 700 7-Eleven stores in Texas from last year's 342 with this and other acquisitions we've made in 2012."

CSP Daily News broke the news of the expected acquisition in Oct. 2012.

Founded in 1983, C.L. Thomas expanded the Speedy Stop chain into Beaumont, the Rio Grande Valley, Laredo, Corpus Christi and Southwest Houston areas. It bought more than 40 Exxon stores in the Austin and Bryan-College Station markets in 2002, and in Dec. 2011, completed the purchase of 61 Exxon Tigermarket stores in the Austin and San Antonio markets. In addition to 160 Speedy Stop locations, Thomas Petroleum had 32 locations in Texas, New Mexico, Nevada, California, Utah, Idaho, Arkansas, Louisiana and North Dakota.

7-Eleven Takes Tiger By the Tail in Texas