CHICAGO -- As 7-Eleven Inc. moves forward with its purchase of more than 1,100 convenience stores from the Sunoco LP network, another 207 Sunoco stores remain on the market, most of them part of the Stripes convenience-store chain previously owned by Susser Holdings Corp.

Sunoco LP acquired Susser Holdings for about $1.9 billion in 2015. Its main assets at the time included the chain of approximately 680 Stripes-branded convenience stores in Texas, New Mexico and Oklahoma, as well as fuel contracts with approximately 85 dealers.

That fall, Sunoco CEO Bob Owens said that geographically, Stripes represented some of the best opportunities within Sunoco LP’s retail portfolio for continued organic growth. And Sunoco did grow the chain through new-builds of 6,800-square-foot stores.

With much of that network now acquired by 7-Eleven and the rest on the block, it will be the second time Stripes has changed hands for billions of dollars, an especially noteworthy feat when factoring in the risk assumed by its CEO Sam L. Susser when he created the brand just over a decade ago. 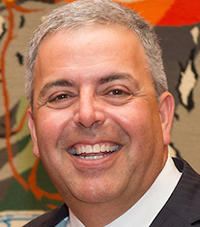 In 2005-2006, what was to become Susser Holdings Corp. was at the time the largest licensee of Circle K stores in the United States.

Sam Susser could have renewed his contract and continued as a successful c-store licensee—with CITGO as his primary gasoline flag and Circle K its storebrand.

Instead, the former Wall Street financial wizard sought to ply his skills with his family’s retail business and create a retail concept from scratch, fronted by the Valero fuel brand. In early 2007, Susser launched a media campaign: “Stripes are in, Circles are out.”

Beneath the cheeky marketing, a novel concept was about to shake South Texas.

“The impression is that we were a c-store or restaurant. In [actuality] we were a data company disguised as a convenience store and restaurant,” Susser said in an exclusive interview with CSP Daily News. “We used our data to passionately drive same-store units. We were not worried about driving margins. Our focus was to sell more tacos, more six-packs of beer, more whole gallons of milk day-over-day, month-over-month, year-over-year, store-over-store.

“Even though we [became] a public company, we didn’t worry so much about quarter to quarter.”

Stripes’ success, while carrying typical c-store fare, was hinged on its unique food brand called Laredo Taco Company. “When I was there [before the sale to Sunoco parent Energy Transfer Partners] our benchmark was to produce Mexican food that was delicious and as good as the made-from-scratch, family taquerias.”

Nearly three years to the day of 7-Eleven’s deal, Energy Transfer Partners paid a resounding double-digit multiple for the Stripes/Laredo network and brand. The multiples stunned industry observers and spoke to a new era in the convenience sector.

Now, 7-Eleven is acquiring the Sunoco locations, including a majority of the Stripes sites, primarily along the East Coast and in Texas, as well as the associated trademarks and intellectual property of the Stripes c-store brand and the Laredo Taco Company foodservice brand.

Out of the picture since 2014, Susser hopes 7-Eleven will succeed with its acquisition and speaks highly of his friend and 7-Eleven CEO, Joe DePinto. But he also recognizes that the Stripes he helped build is no longer the same company.

“Our retail model worked very well for us, just as 7-Eleven is a retail model that works well for them. But the two models are different,” he said.

“7-Eleven is not as driven by volume as much as we were. We measured units on everything … we were intensely granular,” Susser said. “7-Eleven is an expert at achieving synergies off their buying power, and I expect them to drive synergies on corporate overhead.

“I have a good rapport with 7-Eleven, and I wish Joe and his team success.”