TOLEDO, Ohio -- With its acquisition this week of 11 In & Out convenience stores, Stop & Go is nearly half-way to meeting a goal of reaching 100 sites within the next five years. 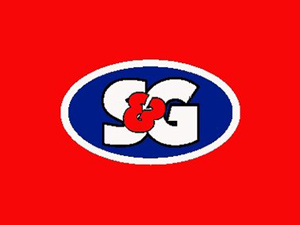 As reported in a 21st Century Smoke/CSP Daily News Flash, the Toledo, Ohio-based chain of 37 stores acquired its latest sites from In & Out Mart Inc., Sylvania, Ohio, which had 17 sites total.

According to The Toledo Blade, In & Out Mart Inc. has been owned by the Files family since the 1920s, and has its origins in the dairy business. Sandra Esser, CEO and owner of In & Out Mart and Village Farm Dairy Co., told the newspaper that the six remaining convenience stores will be sold separately.

"We're still in expansion and growth mode, and found the In & Out locations fits in with our growth strategy," said Ridi, noting that some of the sites are in markets where Stop & Go does not have a presence. Most of Stop & Go's current locations are in the Toledo area, with one in Monroe, Mich. Seven of the 11 In & Out locations have fuel, which will enable Stop & Go to expand its private S&G fuel brand.

Ridi said that Esser was retiring from the business and wanted to sell the entire chain at once, but he was mainly interested in the gasoline sites. He agreed to take four non-fuel convenience stores as part of the deal.

Ridi confirmed that current employees at the In & Out sites acquired by Stop & Go will remain in their jobs. The stores will hold on to their In & Out brand for the time being, but will eventually rebrand to Stop & Go. In the meantime, Stop & Go will debrand four of the In & Out c-stores' fuel from Sunoco and rebrand them to S&G.