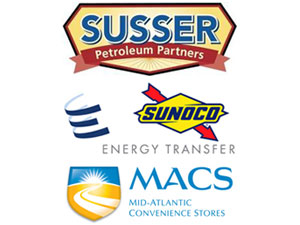 As reported in a 21st Century Smoke/CSP Daily News Flash, the company intends the name change to align the partnership's legal and marketing name with that of ETP's iconic brand, Sunoco. "The partnership is proud to be able to trade under the SUN symbol, which traded on the New York Stock Exchange for almost 87 years until the sale of Sunoco to ETP in October 2012," it said.

The company expects the name and stock symbol change to occur in fourth-quarter 2014, it said.

The Sunoco name provides national versus regional recognition, ETP spokesperson Vicki Granado told CSP Daily News. "If you look at the heritage, history and strength of the Sunoco name, it's certainly the one they felt would give them the best positioning and leveraging platform to continue growth."

But the name change is not going to affect the company's retail brands. Granado said that at least today, "there's not going to be a rebranding of the Stripes stores" operated by Susser that are iconic within their own Texas market.

The MACS dropdown, or transfer of assets from one business unit to a subsidiary, will include approximately 110 company-operated retail convenience stores and 210 dealer-operated and consignment sites from the MACS/Tigermarket businesses, both operated and supplied by ETP's Sunoco subsidiary. The combined portfolio includes locations in Virginia, Washington, D.C., Maryland, Tennessee and Georgia.

The consideration Susser Petroleum will pay for MACS will consist of approximately four million newly issued common units and $556 million in cash, subject to customary closing adjustments. Susser Petroleum plans to finance the cash portion initially by using availability under the closing of a new $1.25 billion revolving credit facility, with longer-term financing through a combination of debt and equity.

The expansion of the revolver from a current $400 million credit facility limit will allow the partnership to finance dropdowns and acquisitions and provide significant liquidity for ongoing organic growth.

ETP expects the MACS transaction to close in fourth-quarter 2014; it is subject to customary closing conditions, required consents and other regulatory approvals.

ETP is a master limited partnership (MLP) owning and operating one of the largest and most diversified portfolios of energy assets in the United States. It owns 100% of Sunoco Inc., with a network of more than 5,000 Sunoco-branded retail sites in 24 states, and 100% of Susser Holdings, which operates more than 640 convenience stores, primarily in Texas.